Bless him he looks so contented. He will stop following you around, after a few visits he was happy being in a different room!
Missing my Buster cuddles, he really is such a sweet boy. He is so eager to please and I am sure that having a calm companion is good for him and he learns from a role model what is acceptable and how to get lots of praise (and cuddles!). I can't wait to see his progress over the next few weeks.
He is proving yet again how well he will do in the right home with 3 successful fosterers - come on Busters new family

I can't believe it's been over 2 weeks already! Buster continues to do well in foster. He has completely settled in the house and got into the routine.

He is really easy to have around. He is completely house trained, sleeps through the night on his bed in the bedroom, doesn't bark unless there is a stranger knocking on the door, but can be easily called away. Which is brilliant!

He is still not sure about being in a separate room, so he will need humans that are around most of the time and are ok with Buster sleeping with them in the bedroom initially, so they can then slowly get him used to sleeping on his own after a while when he settles. He will need to build up the time to be left slowly.

He has calmed down on walks and on the regular routes he knows, he will sniff a lot and stroll around. In new places he can get a bit overwhelmed and will pull to explore everything as quickly as possible!

He is very keen to say 'hi' to other dogs so can be a bit of a project getting him away from dogs that don't want to play with Buster. But he is getting better at being calmer - it's still early days! He had a nice little play with a greyhound friend which shows he can play nicely, although at the moment still needs supervision as he can get a bit OTT if too excited! Again - something that with time he'll get better at!

He is doing superbly with 'sit' and 'stay' when going for walks. Now we put the harness and leads on with no jumping, completely calmly, and even (sulkily!!) sit and stay with the front door open (leads attached of course) until the pesky hooman says it's ok to go!

All in all a magnificent progress. With time, patience and continuous training Buster will be a magnificent companion! He does need an experienced and quiet home though, with people who understand lurcher love for sofas and are willing to share!


Click here to learn how to add YouTube Videos to your phpBB forum
Last edited by NinaMalina on Tue Oct 27, 2020 12:32 pm, edited 1 time in total.
Tell me it's just a dog and I'll tell you that you're just an idiot.


Click here to learn how to add YouTube Videos to your phpBB forum
Tell me it's just a dog and I'll tell you that you're just an idiot.

Click here to learn how to add YouTube Videos to your phpBB forum
Tell me it's just a dog and I'll tell you that you're just an idiot.

Little play with a visiting greyhound who is a bit more playful than mine!


Click here to learn how to add YouTube Videos to your phpBB forum
Tell me it's just a dog and I'll tell you that you're just an idiot.

Its so wonderful seeing buster out of kennels ...thank you so much ....

Thank you so much for giving this beautiful boy some home comforts.. he looks so happy bless him
Top 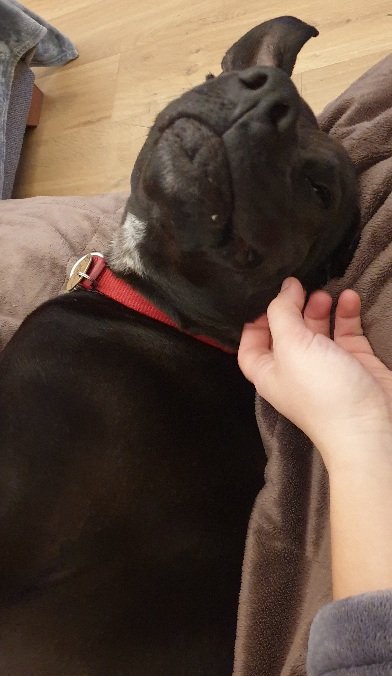 Tell me it's just a dog and I'll tell you that you're just an idiot.

What a lovely way to start my Wednesday catching up with Busters foster time, fab videos and fab update for our superfab boy Buster, Thankyou Nina