Usual joyful, busy walk with Frankie yesterday, including the obligatory rolling, sniffing and squirrel watching. All was going well until I tripped over and ended up sprawled in the mud. Frankie was very concerned and gave me comforting cuddles and a couple of gentle face licks. He is such a loving and kind companion. 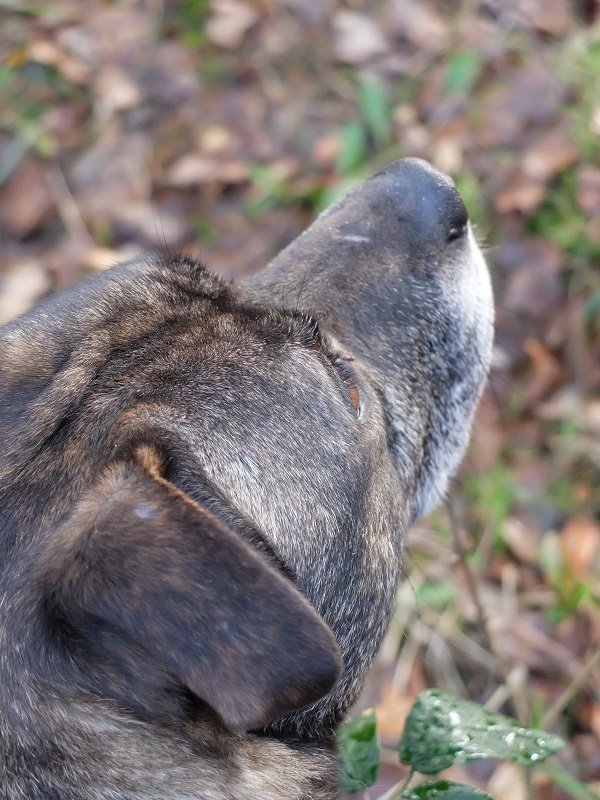 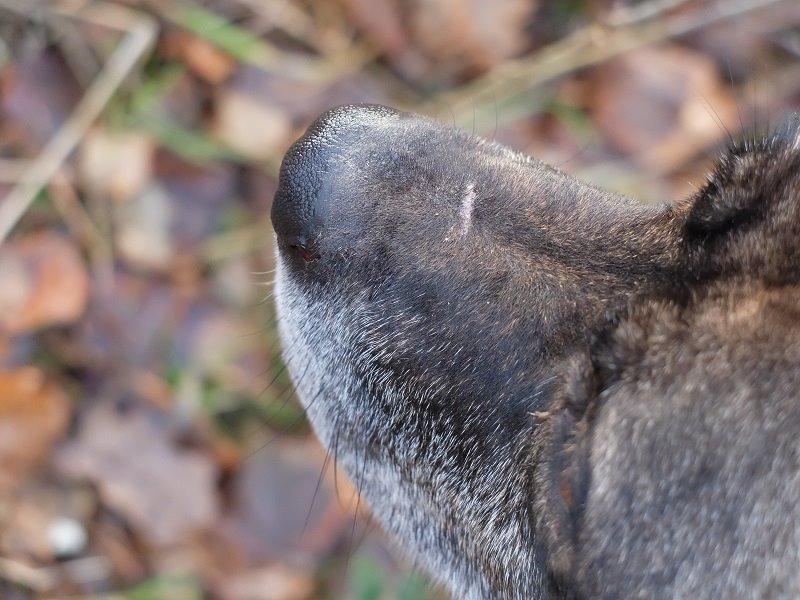 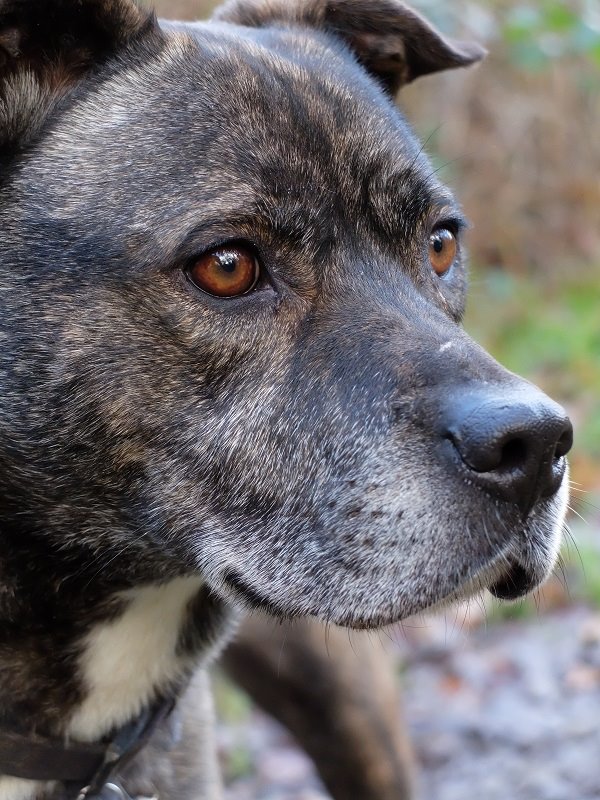 Frankie was delighted to make a new friend today. He had a spring in his step after meeting Simba and the boys got on brilliantly.

Frankie and I shared a very relaxed walk on our own yesterday.

Frankie and I had a very long walk this morning out around the fields, accompanied by Sue and Donny. The boys were perfectly behaved together, despite Frankie's excitement initially which is just Frankie, being Frankie! With a bit of snow and ice on the ground and the novelty of walking out in the fields, Frankie was in his element. So many new smells and so much scope for rolling around enjoying ones self. ( Frankie, not me you understand

) Frankie decided frozen cow dung was the most interesting thing ever. He rolled in it and tried to eat it. Frankie is just such a joyful dog to spend time with. He makes me smile and laugh and just lifts my spirits with his antics, his joy and his excitment.
Top

There is a fallen tree blocking the footpath so Frankie thought it was a good place to strike a pose! 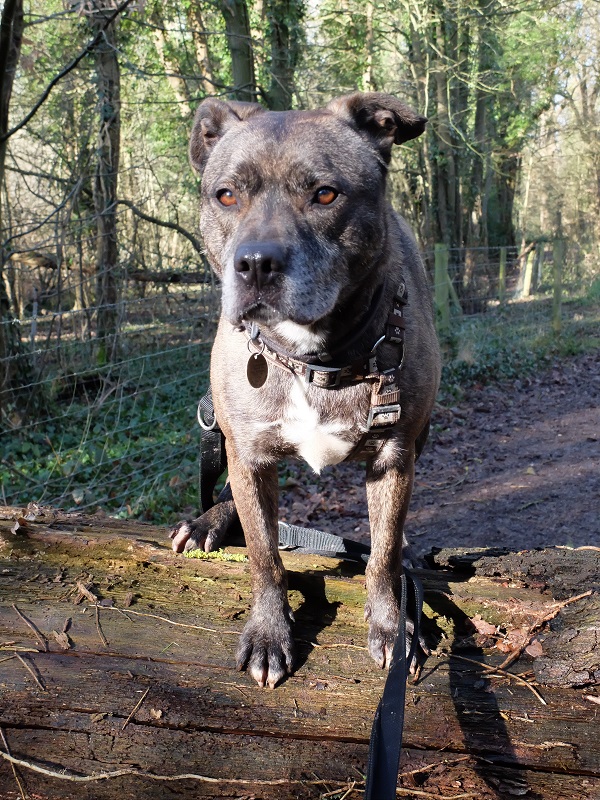 He is magnificent. Gorgeous boy
Top 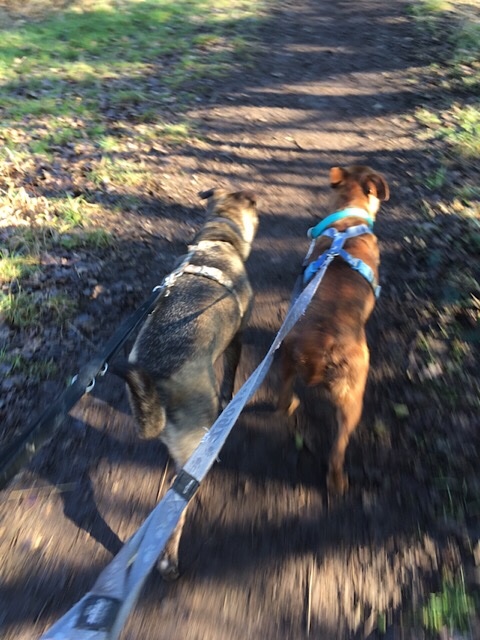 They say the eyes are a window into the soul...……. 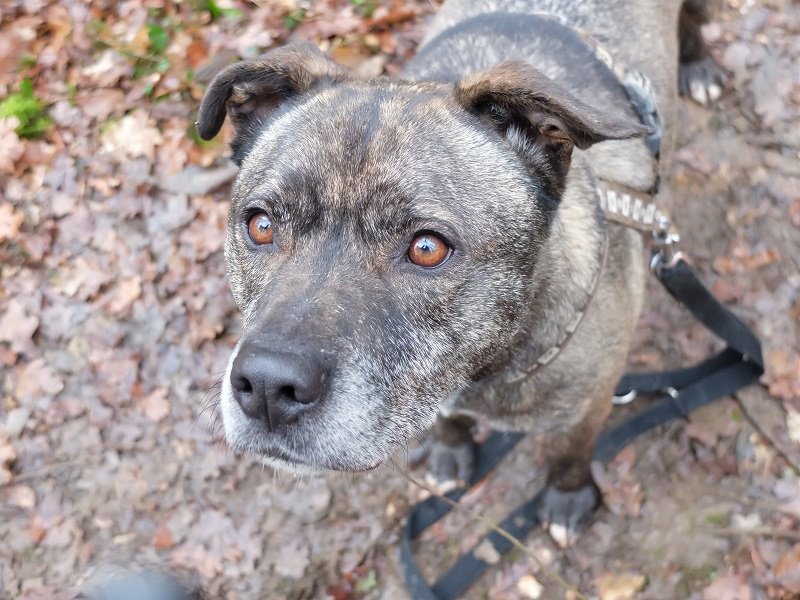 With the warmer weather Frankie is moulting and seemed a bit itchy this morning (more rolling around than usual) so after a lovely walk in the sunshine, I gave Frankie a good old brush, removing lots of loose hair. He stood happily, enjoying being brushed and then rolled over for tummy rubs. Big softie!

Frankie and I had lots of fun in the paddock this morning. I have not taken him to the paddock for ages and it was a joy to see him running around happily. He is perfect at fetch, bringing the ball back every time and dropping it to throw again. When he needed a drink, he carefully put his ball next to the water bowl and kept a close eye on it until he had finished, then he brought it back to me for another throw.