Kate this is a fabulous update . Really informative on how Marshall is in the home and will hopefully help him find his permanent home . Thankyouuuuuu
Top

Thank you for the update on Marshall!
So pleased he’s being a great boy

So lovely to see Marsh in a home! Glad he’s settling well and helping you with your exercise whilst working from home
Top

Marshall has definitely settled more over the last few days and is super cheeky! We wake up and obviously first thing is to get him outside for a pee but now the gifting (or not

) of slippers/footwear takes priority rather than having his lead put on, he thinks he is very funny!

Sometimes the slipper or whatever does make it outside too but he soon drops them.
There has been no issue in taking these items off him.

Apart from the messing about with slippers we’ve pretty much got our morning routine sewn up. Up and in the garden for a wee and maybe a number 2 if we’re lucky, then breakfast and then Marshall really settles very well. Steve and I can have a cup of tea in bed and Marshall will also go back to bed. He is getting the gist that he needs to just be calm and let me get on until we go for our walk at 11am before all the ppl working from home go on their lunch break!

Marshall walks very well although can pull as anyone would until he has found an appropriate spot to do his business. He may also pull if he sees another dog, some he isn't fussed with and some he is very interested. Obviously we have been socially distancing ourselves so I don't know what his agenda is, however he does not bark or growl at any dog he sees. They might bark at him but he doesn't say a word! I was hoping to meet with an RR friend to see with her dog but then the lockdown came in so unfortunately that didn't happen. He is not phased by runners/walkers/cyclists.

Another reason Marshall may pull I think is if the time of day might mean that there's a meal when we get home, this has been more if the walk has been close to dinner time, it could be the longest walk but if he knows dinner is coming he will pull the whole way round so the key is in the timing but we've only had a couple of pre-dinner walks if our day has been messed up for whatever reason. So after our normal walk in the morning we come back and have our lunch and then he will settle for a while and if the sun is shining through on the carpet that will be where you can find him

About 3:30 Steve and I make a cuppa and so we can have a treat Marshall gets his Kong stuffed with some goodies. Peanut butter is a fave so then it's win win!

After this, this is then when he gets a bit restless as it’s that annoying time of day, like when you've had your afternoon cuppa at work but you still got an hour or 2 before home time/dinner time and you've got to just eek it out. I've found joining Marshall on his sofa with my laptop has been quite good as then he sleeps and on a couple of occasions I’ve nodded off too oopsy

One of Marshall’s favourite things to do is look out of the window from his sofa. If the neighbour goes past and walks round the side of the building Marshall will race to the back door to see what’s happening. Alas, it’s never that interesting. When I started writing this earlier he spotted a cat who is very new to the neighbourhood. I’m glad there was glass between him and the cat as he didn’t miss it even through the net curtains!

Today we discovered that a squeaky toy was way more appealing than a Dentastix. The Dentastix actually got spat out! Only for a couple of minutes though and the cuddly toy has not come out of it well at all

We really love this boy and he will be a super addition to whoever can give him his forever home. It’s frustrating for us because we don't have an enclosed garden and our flat is company property so we are limited to what we can offer him but we do our best for him while he’s with us. Some more pics of this absolute beaut! 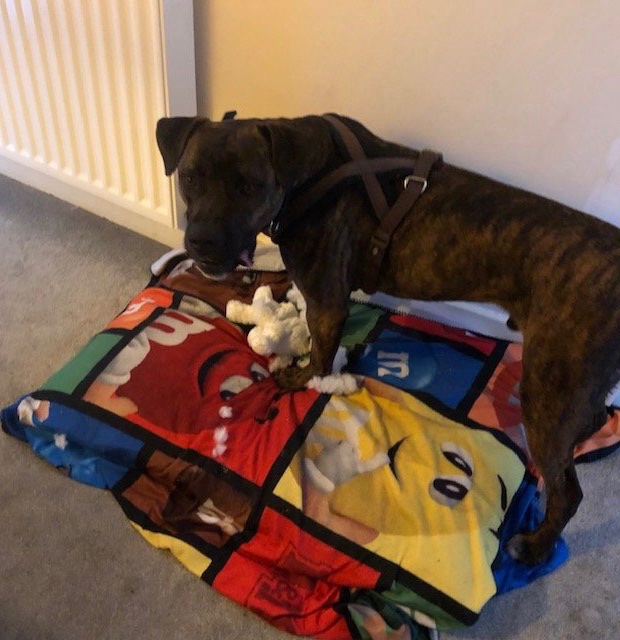 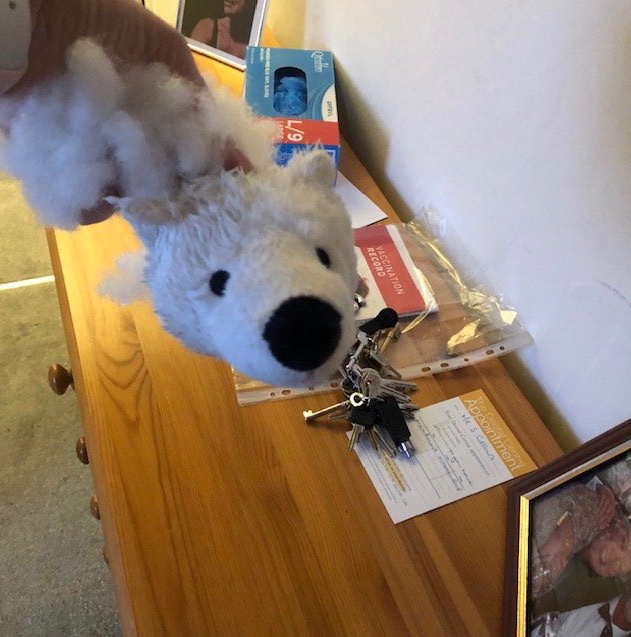 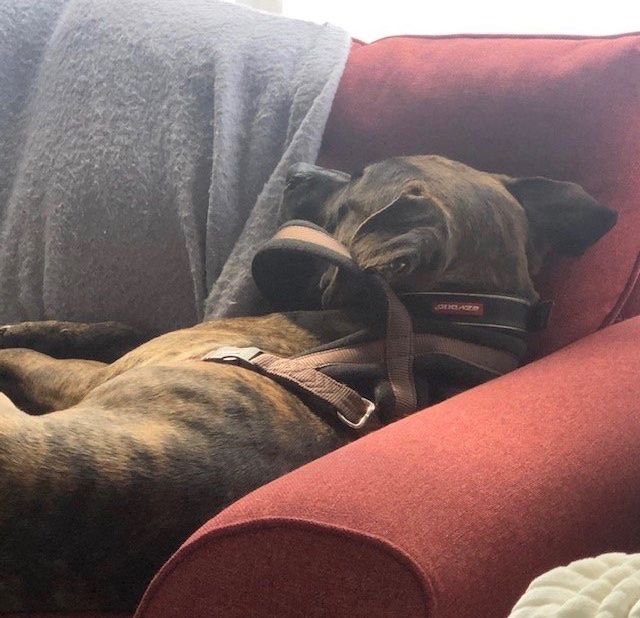 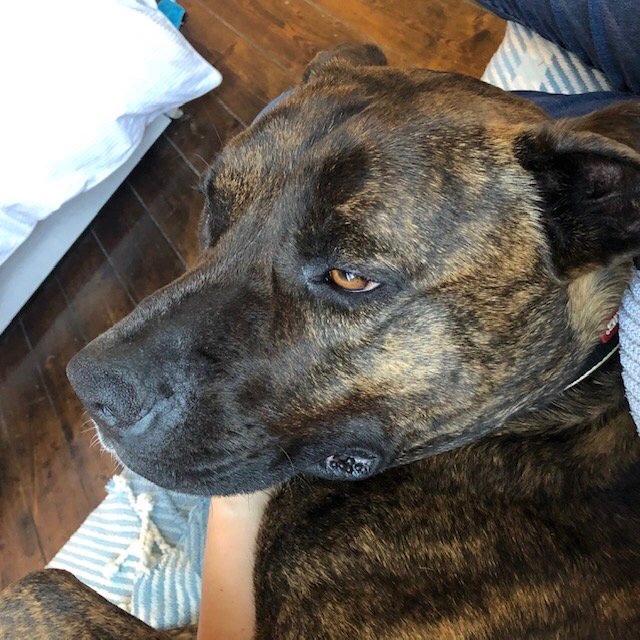 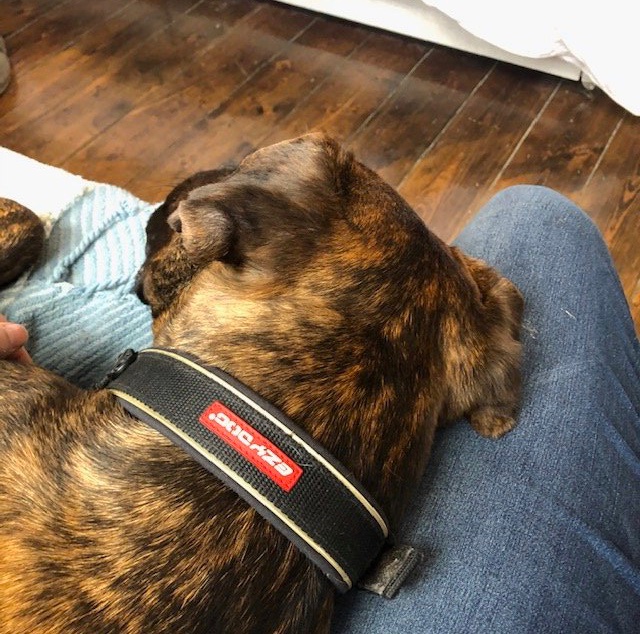 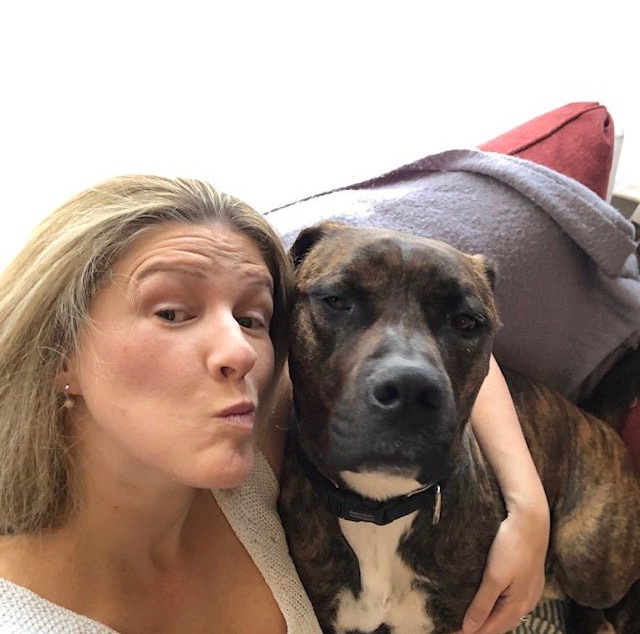 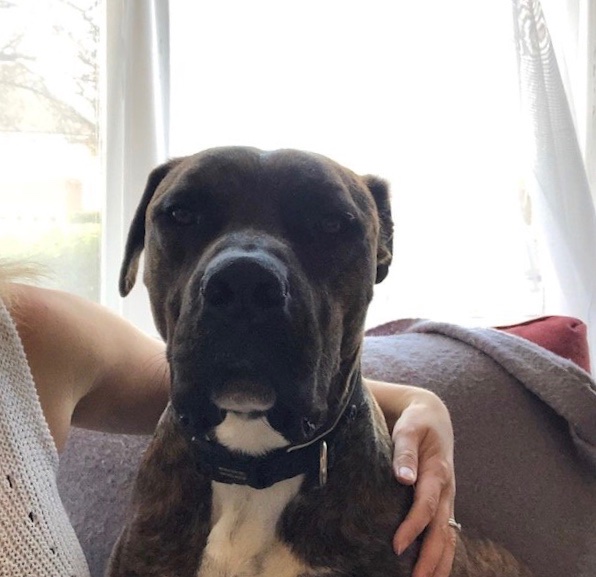 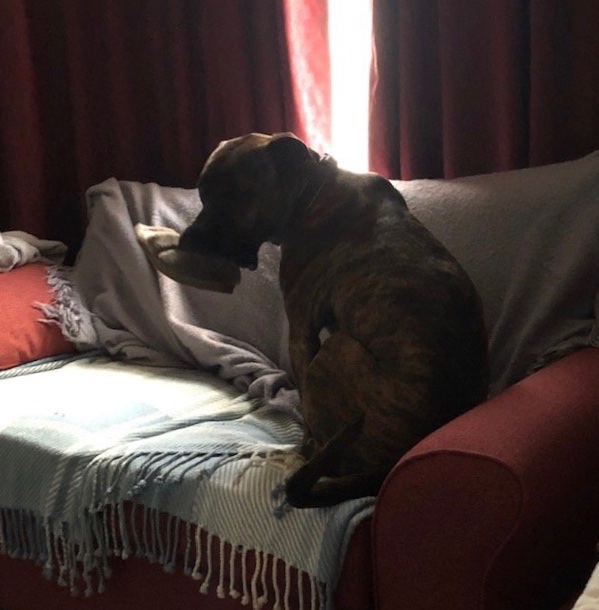 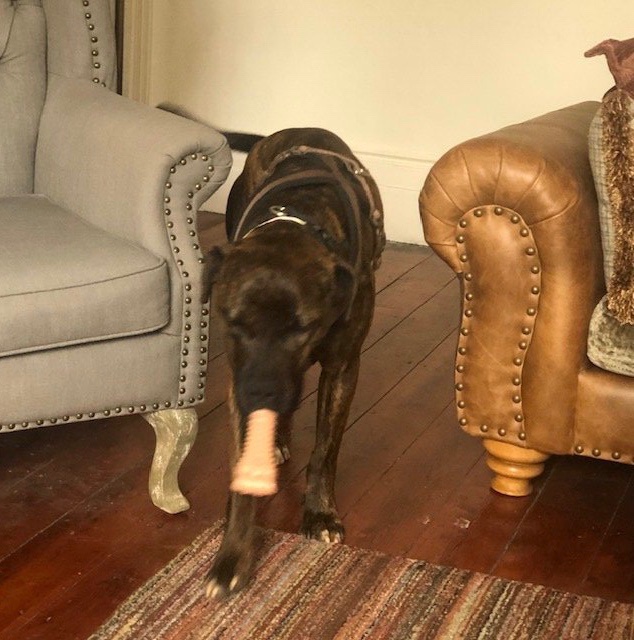 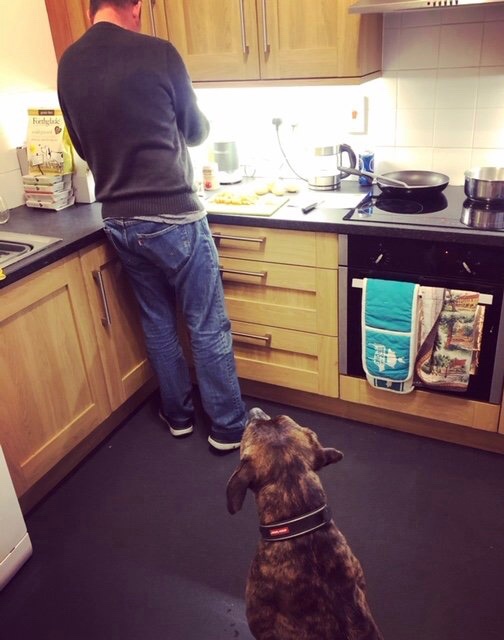 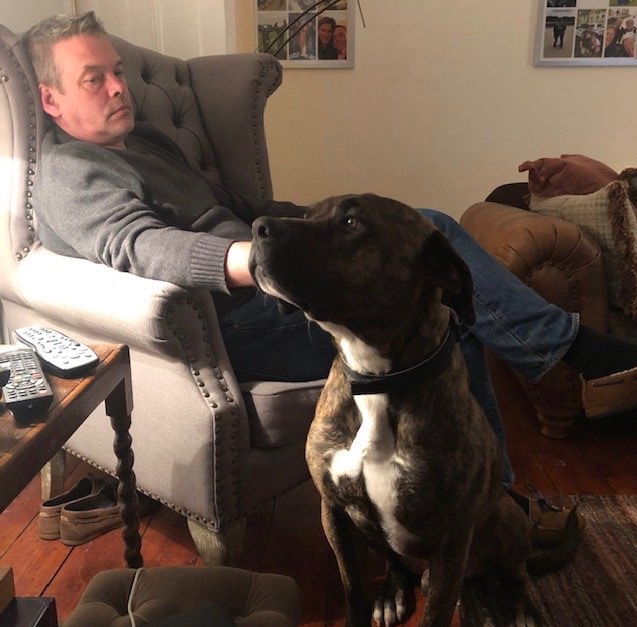 Marshall reminds me so much of Roxie! I'm gutted that we never got together for our walk :-(

It looks like he's having a lovely break with you

Apologies for spamming the forums but have a bit more time on my hands lately. So posting some previous vids.
Magnificent Marshall

These photos are a vision ! Seeing Marshall in a home getting to know what it will be like to be in one forever is so heart warming .
Thankyou guys for showing Marshall off at his best xx
Top
Post Reply
139 posts