Chelsey is a dog who takes time getting to know her humans, but once you’ve earned her trust she is very playful and affectionate and wants nothing more than to please you. When we’re out walking, she’s willing to take my direction or allow me to adjust her canny collar or leads without any fuss.

After a longer walk today in the fresher temperature, we had a playful little run around the back field. She loves nothing more than having playtime!

Chelsey needs a confident owner to help her feel secure. And with that the reward would be her undying trust and love in return

Miss Pointy Ears 2018 is still waiting for you to find her! 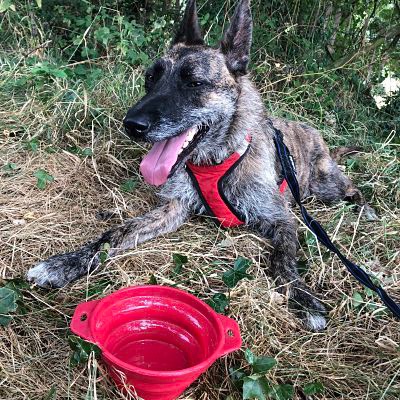 I know you're not meant to have favourites.....BUT Chelsey is my walking companion most weekends & we've built a great bond. When I first ever met her she gave me a few barks but as soon as she had a sniff and let me lead her out of the kennels she was completely trusting of me, and that trust has continued to grow over the past few months. She can't half pull when she puts her mind to it, and yes, she's a strong girl but that's largely because she doesn't get the exercise she really needs due to being in kennels. On our walks (& runs in the cooler weather) all that nervous energy soon dissipates and she really engages with you. It's been one of the most rewarding experiences I've had; to see an initially nervous girl offer so much love and affection once she knows she's safe and loved back. Chelsey does need an experienced owner but whoever has the fortune to be matched with her will get so much back...& more! And who can resist that beautiful face, and those ears?! Love her! :-) 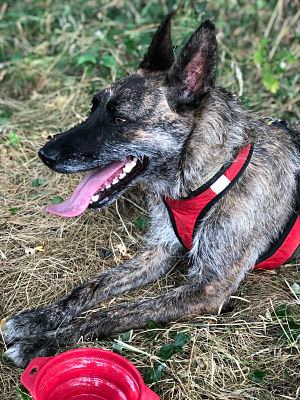 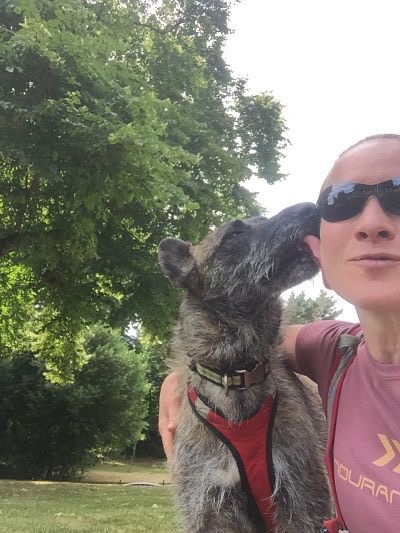 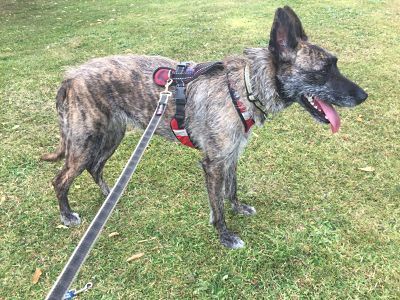 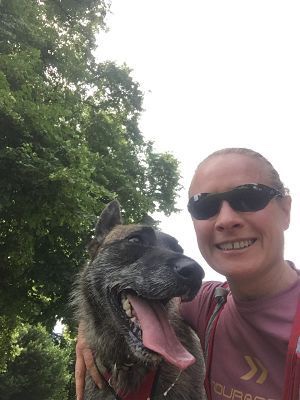 It is really hard not to fall for pretty girl Chelsey! She can be unsure of strangers, but once she gets to know you, she wants nothing more than to share her toys (usually a blanket or tug toy with me) and give cuddles.

On Monday we had some play time in the paddock, where she brought and dropped her ball for me to throw (good girl, Chelsey!). Followed by a walk down the river. Our walk to the river was so we could practice walking past people she doesn't know - she did well walking to heel with me and staying focused on her walk. We then sat by the lock to have some quiet time and to watch the world go by. At one point Chelsey did have a bark at a nice lady and her fluffy Malamute on the other side of the river... but on the whole Chelsey did well on our outing

Play time in the paddock

Click here to learn how to add YouTube Videos to your phpBB forum
We love walking our kennel dogs! If you'd like to volunteer too:
https://rescueremedies.wufoo.com/forms/ ... tionnaire/
Top

I can’t say enough how much I adore Chelsey girl! When I go into her kennel, she greets me with both arms around my neck, then runs off to get me a toy, and then after all the excitement, sits still for me to harness her.

We’ve been practicing loose lead walking with tasty treats (pork and apple sausages today), and she’s come a long way. Chelsey was a star on our walk today, paying no attention to all passers by and walking beautifully on the lead

Chelsey has a new love! Bobby the Malamute is her new kennel neighbor. As they’re both tall when they stand, they love sniffing each other through the kennel and leaping around having a play (each in their own kennel). So walker Tamsin and I thought it might be nice to take them for a walk ‘date’ on Sunday.

We started in the back field to give them some time to get used to each other at a distance before we set off. It was confirmed: Chelsey LOVES Bobby! Although she pulled slightly to keep up with him, she was so relaxed and happy tailed, and whenever we paused she would turn to look at me and lean in for cuddles. We even passed a large group of people at the police college - she glanced at them and then kept going behind Bobby. No barking and no telling off!

Chelsey and I are currently on two modes of speed for walking: (1) pulling like a steam train and barking at everyone or (2) taking a leisurely walk with plenty of sniffing and chewing grass along the way. Walk mode #1 is not much fun for either of us (or other people and dogs around us), but walk mode #2 is so much more enjoyable and happening more often these days. So seeing her walk a completely new way, attentive to her human and the lovely dog ahead of us was really great! Made me so happy to see her so happy

Our main priority is to help dogs post surgery, or to take in dogs who have "issues" or could be regarded as geriatrics....so, when Lynne suggested we should take Chelsey to be a companion for Shadow, we were quite undecided. But she has stolen our hearts and the dog walkers, too, by her delightful personality and affectionate nature.

When we arrived at Guildford to pick her up, we were welcomed by her customary bark but, as soon as she came close to us, her tail wagged, she rested her front legs on my chest and she gave the most slubbery of face washes imaginable!! She settled quickly behind the dog guard with only her two pricked ears visible and remained calm and quiet throughout the entire journey down to New Romney. Sylvie took her for a brief walk round the block while I fed the other residents and, on her return, we let her loose in the garden where she enjoyed chasing after a tennis ball, throwing it at out feet to repeat the fun, before chewing it into pieces!!!

Then it was meal time....just half a tin of a good quality food was devoured in super-quick time, and then a bit of cuddletime on her bed. I left her for an hour or so to get to know her surroundings....she was obviously not impressed with the feather filled soft furnishings on the bed and in the dog basket on the floor because, on my return, the entire floor was covered in feathers!!!! Oh dear....what will the proper bed and its coverings be like in the morning????

Chelsey slept with me in the annex until Shadow barked in the bedroom next door....she became aggitated or excited so I decided to put her back in her own room with that bed!!! But, no need to worry...everything normal, and remains so some two days later...all good. She went for her first walk alongside Shadow yesterday morning and, for the first half hour, they barked at each other, but began to calm down and walked well, although not together yet, for the remainer of their hour long exercise.

Every time she goes into the garden she "performs" ….remember, she has been in kennels for the last sixteen or seventeen months, she has not lost her house training and her room has not been soiled even once...good girl!!!

She slept with me again in the annex last night until about 1a.m. when I put her out into the garden....she stayed there for about 20 minutes with me getting colder by the minute at the open door!!! I could hear her chasing up and down the garden, having a great time and, when she did decide to come in. I put her back into her room for the rest of the night.

This morning, she has been out with Shadow again and, by the time they had got back, they were walking closely alongside each other without any reactiomn from either dog....another good girl!!!

Bearing in mind that we are not "puppy people", Chelsey is causing us to rethink our priorities....she is a truly lovely girl and, as I have already said, we love her; the dog walkers think she is both attractive and loving, and the people she meets on her walks are totally smitten by her good looks and charm.

Ohhh, I was waiting eagerly for the update on Chelsey's foster stay and I'm so pleased to hear it's going well! Chelsey is a heart stealer and I'm so happy to hear she's getting this chance to show how great she can be in a home environment and being alongside Shadow

Thank you John and Sylvie, and her dog walkers, for looking after her! I shall miss seeing this girl at Guildford but she deserves to have people see what a great dog she is and hopefully get homed. Please give her lots of cuddles from me

p.s. one of her favourite treats is a large whole carrot

How wonderful, she is so wasted in kennels.
Please DONATE here: https://www.rescueremediesdogrescue.co. ... ?f=26&t=46
Top