Logan loves to share his walk with a canine companion and yesterday he was brilliant with little Chloe. 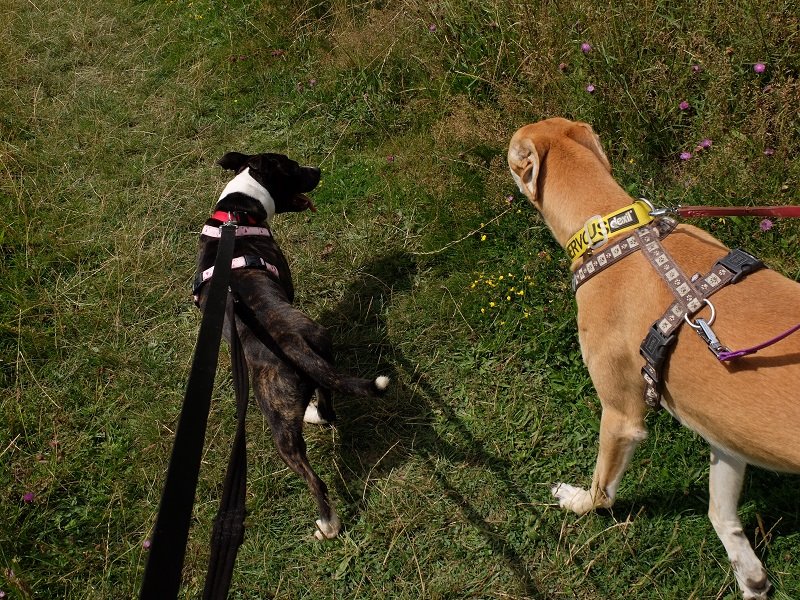 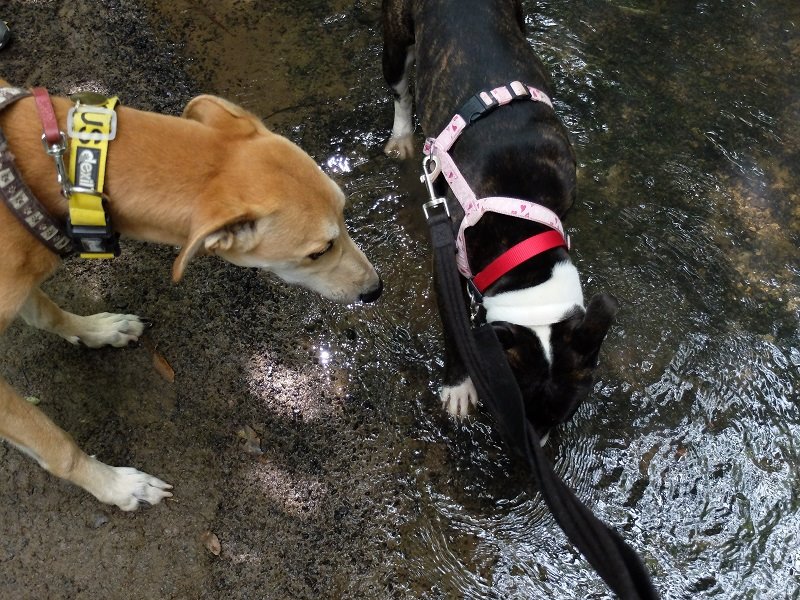 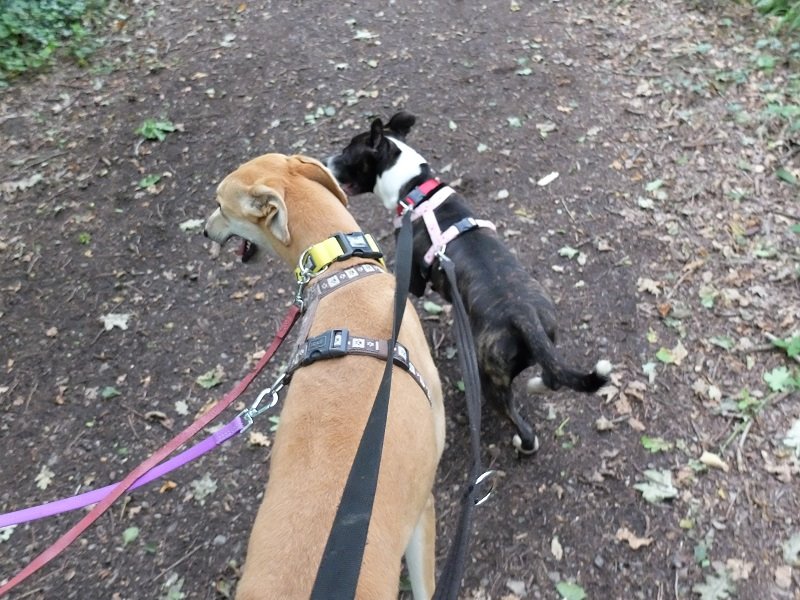 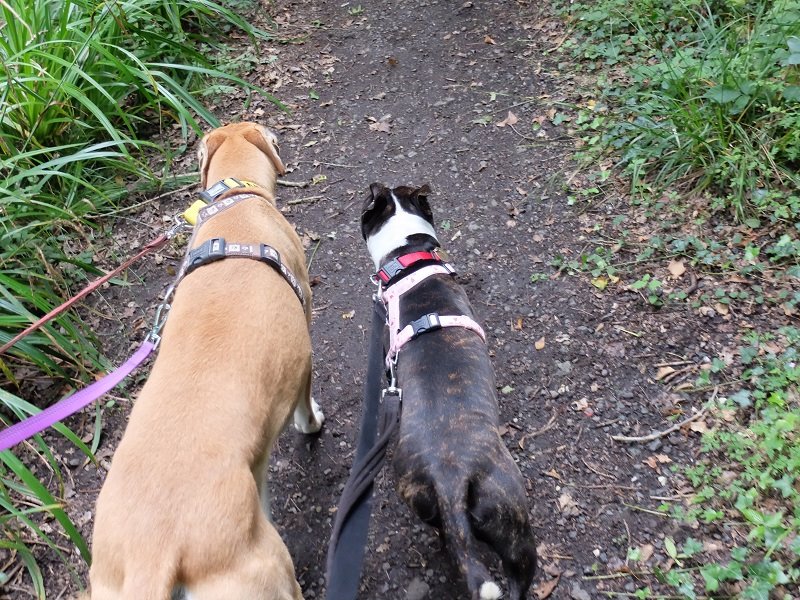 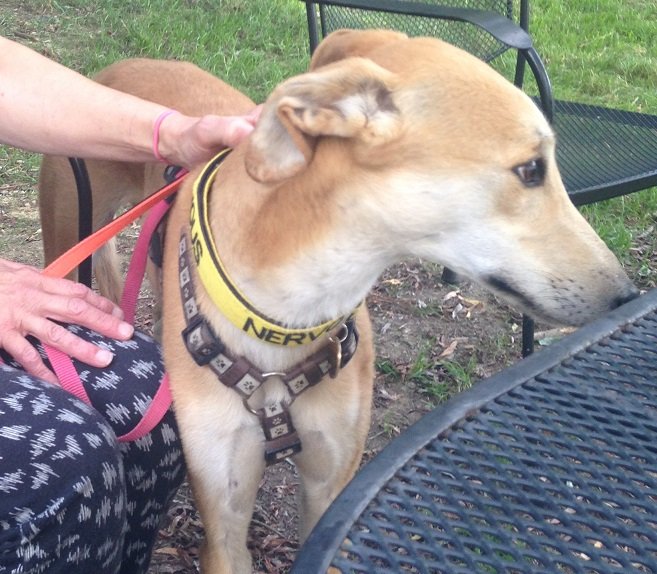 Logan's quiet, gentle, kind manner has a lovely calming affect on other dogs. He walked with Juan today and Juan very quickly settled and was happy to follow Logan. It is always a treat taking Logan out and it feels special when he puts his trust in you.

I've walked Logan a few times and he is such a darling. I give him longer leads when we are away from the kennels just so that he can stretch his long legs. He's a little tentative coming out of his kennel, but as long as you talk to him, he's fine after just a short while. (He's fine going back in too). I'm always very pleased when he's on my list to walk and I can give him a good long walk! Let's hope he finds his forever home soon.

I have completely fallen for this boy! He is shy and it takes a few treats to warm up to you and gain confidence, but once he knows you, he is the most amazing dog ever!!
Loves sausages and cuddles and he is just happy and content to chill with his human having some quiet time and a fuss 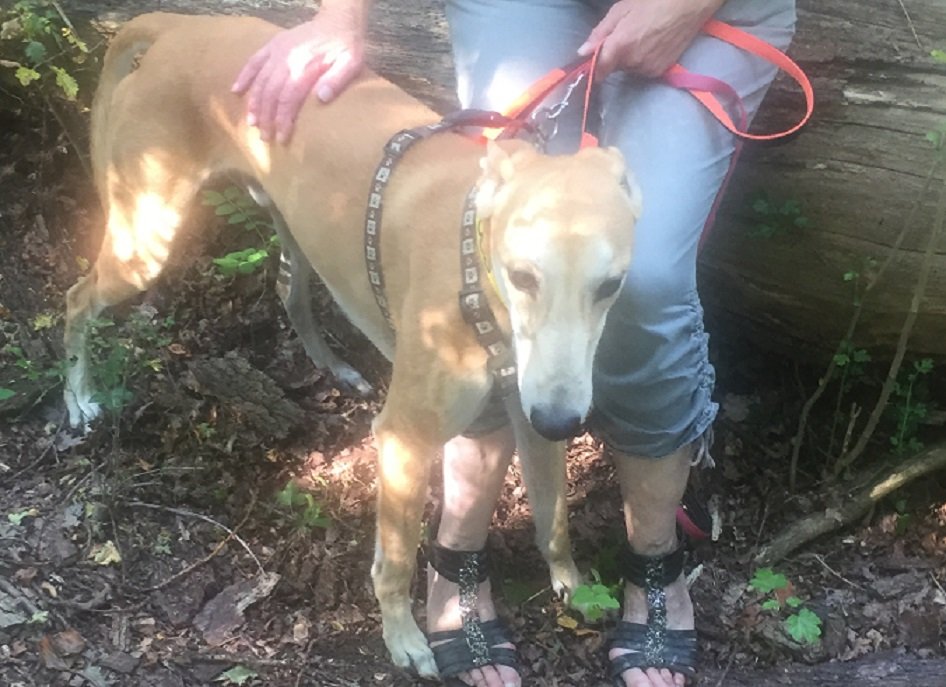 Logan is learning to trust and with his best friends he is very happy and chilled. Here he is with Beth enjoying being the centre of her attention.

Logan (or Logie-bear when he is in a cuddly mood, which is nearly all the time these days) is one of the sweetest dogs I know. I've walked him every Friday for a month or two now and I have never seen such change in a dog. When we first met it was like walking Bambi on the end of a lead and I thought that was a nickname that would stick. One of my first memories of him is him walking as far as he could away from me and then turning to keep an eye on me. He cried constantly on our first walk until I crouched down by a tree and made myself small. Gradually he came up to me and I began stroking him slowly and speaking softly. from their his confidence in me began to grow. He was a very serious guy for our first few weeks together, even when he began to relax around me.

That's Logan's Serious Face TM.
I never would have thought that he would turn in to the soppy, excitable beasty he is now. Every week I visit and he bounces like crazy at the gate, super excited to see me again. We go on a nice long walk and sometimes I pinch some time in a paddock so I can get him to really stretch those long legs of his. Logan doesn't seem that fussed by it, he is happiest while at the side of one of his friends and doesn't roam far for long. That or he just likes to watch ungainly humans run alongside him to get him going. Lastly I will collapse in the grass (I don't DO running, Thanks Logan) and Logan will come and trample me for a bit. Once he realises I'm not getting up he will sit of lay down across my lap and we will have some cuddles in the sunshine. These days I will be lucky enough to catch a few soppy Logan smiles and then less lucky to get sloppy Logan licks right in the face.

Logie-bear has come a long way, but his troubles arn't yet behind him. He is still nervous when meeting strangers and anxious to move me along when we walk by a strange dog. Odd noises can spook him and bushes moving in the breeze can end with him burying his face in my armpit to hide (he's a bit big for that to work but he wont be told) but he is quick to clam down when someone he trusts is there to reassure him, he is braver when he has a friend by his side and his trust is unfaltering once earned. There are things that he will do with me now without batting an eye which he never would have done when we first met. Once you earn that sort of trust he will follow you anywhere and gain the kind of trust for all kids of aventures. 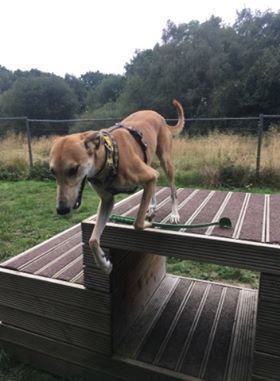 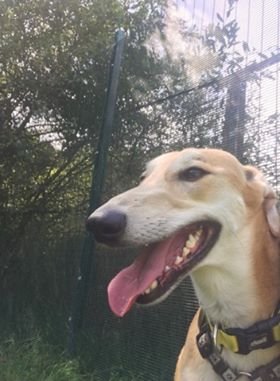 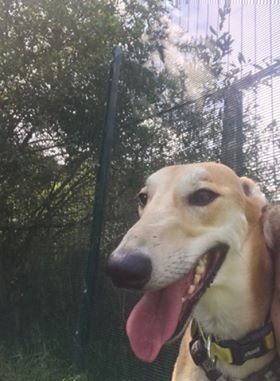 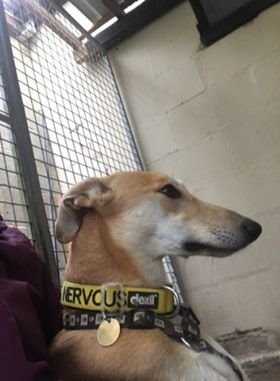 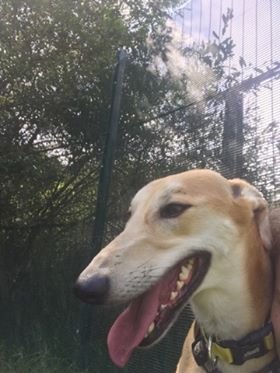 I felt very privileged to meet Logan yesterday and taking him for a stroll.

He's a little timid and upon entering his kennel it took a little persuasion to come over but quickly afterwards he was very happy to receive tickles behind his ears and some soothing strokes around his face.

He instantly grew in confidence when we got outside and was fabulous on his walk. He even walked in front on taught leads!

He's an absolutely stunning boy and is really sweet. When we got back to his kennel he kept coming over to me as if to tell me not to leave, which made me feel so guilty! Honestly he is so good, I think he would really appreciate a home with lots of love and affection 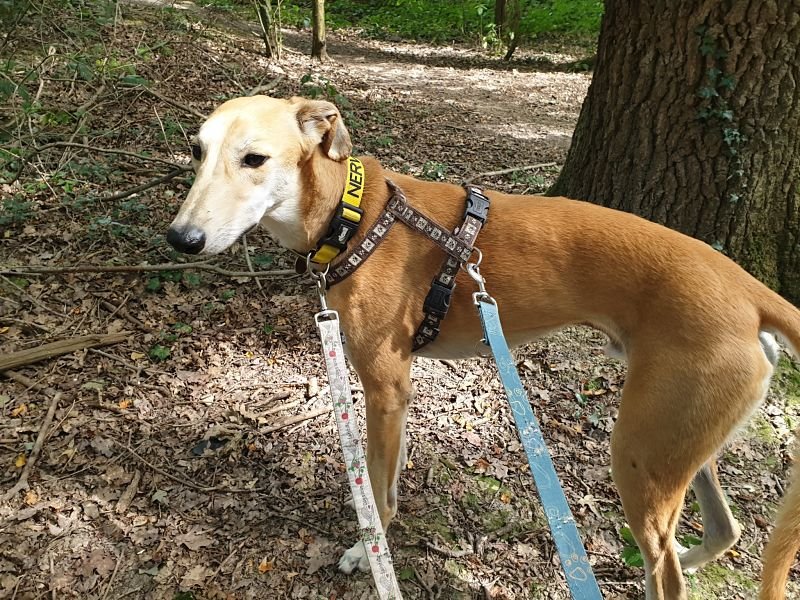 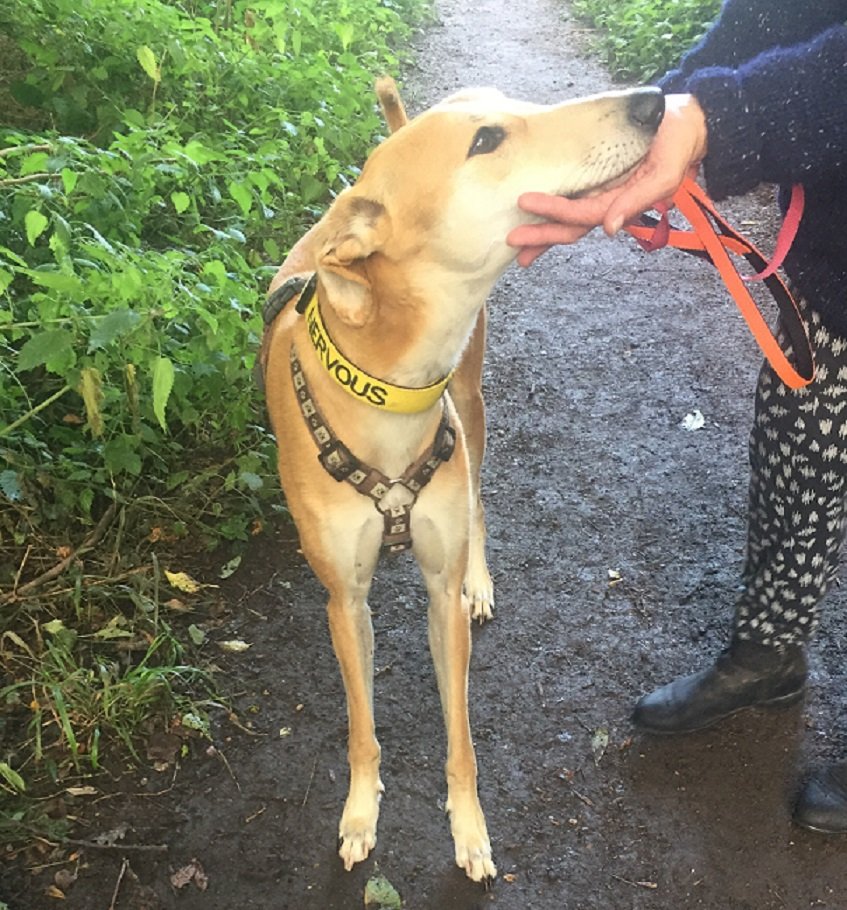 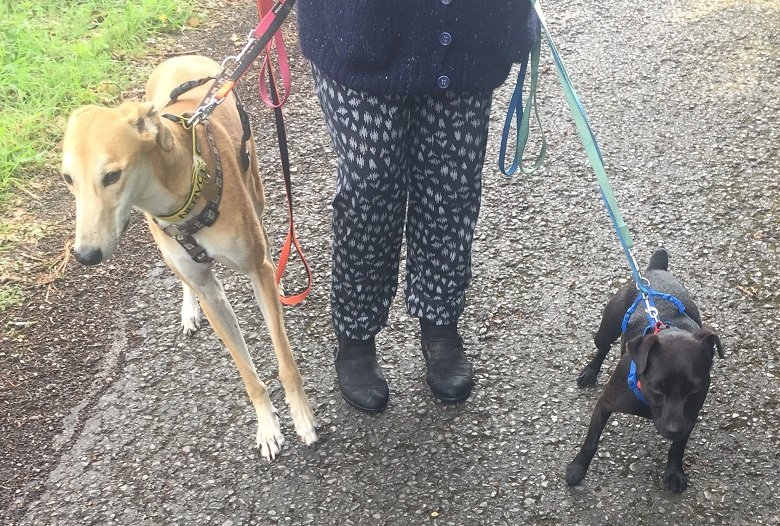 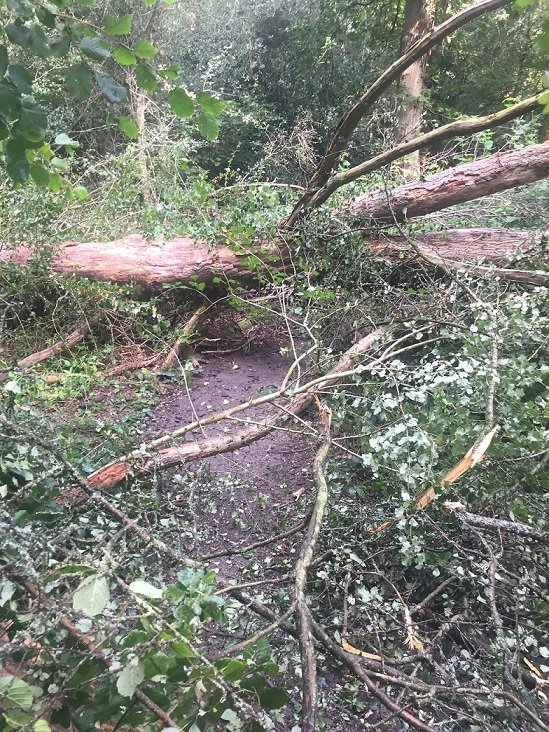