i haventt walk evan for a few days as been out with his other mate tels but I popped into kennels today to see the lad he developing fast and getting very affectionate what a wellcome tail wagging hop skip and a jump across his jkennel . Time spent with evan is so rewarding ive watched and helped this young ambull together with his other walkers grow gain confidence and trust to give affection and he so ready for the right person to give him that home. 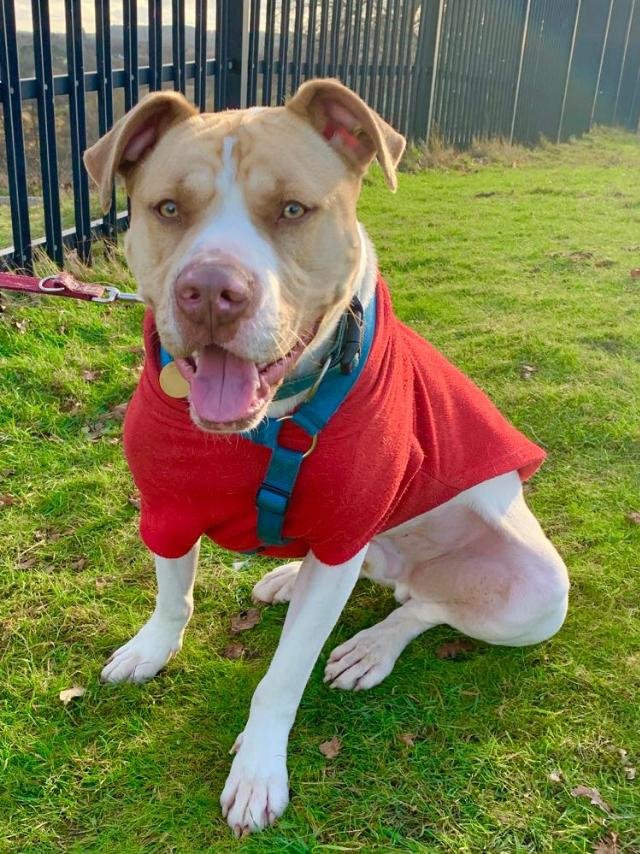 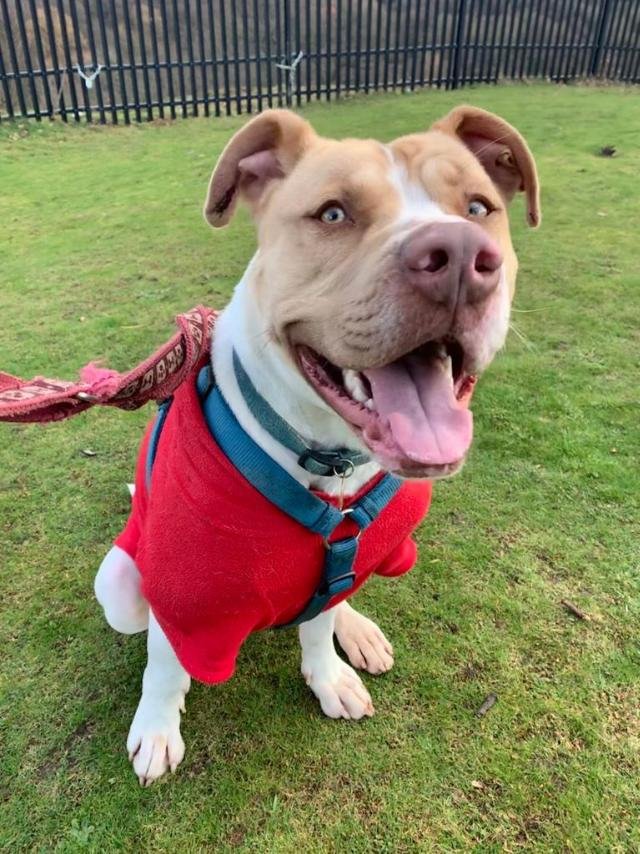 Evan and i had a real chill out day in paddock and grounds yesterday the sun was shining evan snuffling around picking up all the scent and playing fetch which evan has now mastered the art off perfects
The word
Today we had a walk out early hes so nearly grown into his paws he sat calmly and waited to be harnessed and we left walks well on loose lead and to the side of you his anxious moments are far behind him and if hes not sure will look back you for reassurance you can tell by evan facial expressions and body language when that moment comes just calming word and sit and cuddle helps and a treat not bothered by passing dogs want to play but will want to follow their scent when they have gone so a small moment of strengh.
I have been walking evan a while now he needs that special person who will give this boy everything he deserves as hes going yo be one hell of a good dog but you will have to give him time to settle have thec
ommitment and patience to carry on his training and understand ambull traits they arespecial dog.
Evan I hoping your home will come soon
Top

Evan my boy sorry didn't get the opportunity to say goodbye before you left for Gatwick
Well good luck you handsome boy thanks for many a walk and special times together you have come so far remember to be polite to your new friends a home will come one day I promise you. Remember everything I taught you x

Thank you all you guys at gawick

Aww Martine, I can see why you love this boy so much

I've been hoping I'd get to walk him and today was my lucky day, he's adorable. Such a great big softie dote, with his big paws and puppy ways.
A little bit of the gentlest mouthing as I clipped his leads on, he was just so eagerly looking forward to his walk. He was full of energy but also very interested in sniffing everything - he was so intent on snorting up every last little bit of some scents that he almost turned himself upside down as he followed the trail up a plant stem, like something out of a Bambi cartoon

He's very curious about everything, including what's going on around him, though nothing spooked him or bothered him, whether passers by or noisy lorries thundering past. He's very laid back in his own way. For the most part he didn't pull, now and again he'd have a sudden enthusiasm burst and break into a little gallop, but he listens and slows down again when he realises it's way too muddy for humans to go galloping!
He took treats so nicely, did a sit and big paw for please - so all that training has paid off :)
The most lovely thing was whenever I went to stroke him, he'd stop in his tracks and just look at me so intently with those beautiful eyes, as if to say, are you the one? Then he'd lean in for a cuddle and I honestly think he would have stayed there all day, cuddles seemed as important to this big baby boy as the walking, galloping and sniffing.
What a beautiful, loving, playful pup Evan is. When his forever family find him, this special boy is going to totally steal their heart 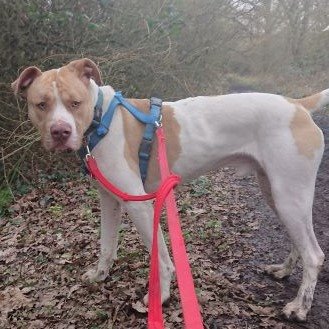