Ooh we all hope so much that it is Rusty's time. Please.

Jacqui C what a wonderful precis of our Rusty you summed him up just as he is. Beautiful boy xxxxx

Rusty passed our cat & chicken test yesterday . Non plus over both the chicken enclosures. First cat seen, ran, he stood and watched and then was distracted from what he had returned to smell to walk on by. Rusty had a eye ball meeting with a cat in a shed walked away and made no attempt to return to the shed.

Rusty and I had a wander today

He did know how to maximise his treat consumption and had me well trained !!! 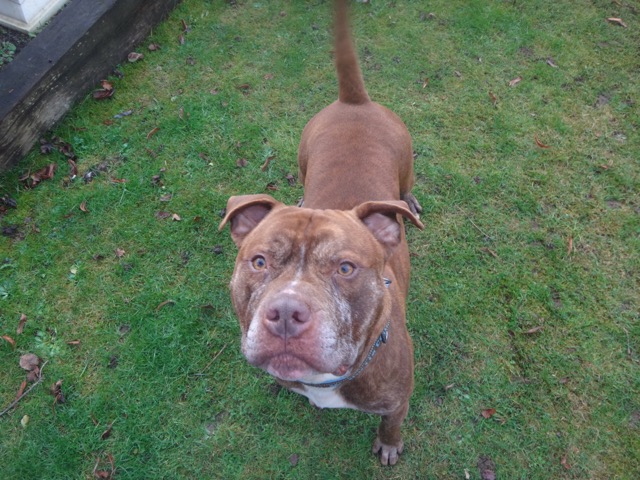 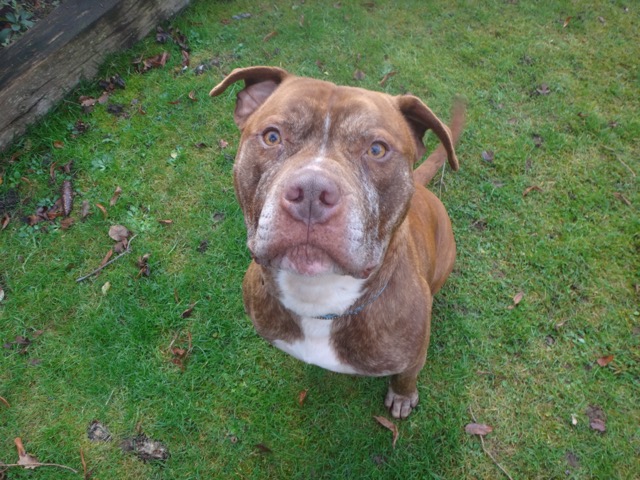 Fingers and paws crossed here for Rusty one of the gentlest, sweetest dogs I have had the pleasure of meeting.
Would you like to walk our lovely dogs too?
Dog walking volunteer form
Top

Rusty was out on his second walk in Gatwick so he thought. Then into the front of the Dog Mobile...wow he was happy. Suddenly winter kennel coat off...collar off new collar on ....new harness on with lots of cuddles and kisses throughout...and suddenly he was alighting to cheers as his family appeared.

Rusty had a lovely meeting with Liz then off for a walk with John & Alex (daughter) and Rusty usually a baby focusing on me was totally focused on Astrid. John was holding his lead and he kept loving glances up to John. His nerves were showing as he was out of his familiar space but never a growl as was so characteristic of Rusty in the 'old days'; his eyes were shining love not fear.

SarahW & Cora were there prior to the meeting, planning and we had Jess in the dog mobile for our 'dog friend' walk. When we returned from the first walk we got Jess out and they met nicely, then suddenly Rusty made a beeline for Liz...paws on her lap, she was in the front of the car, and then suddenly he was on her lap. We were all killing ourselves laughing. He settled through the back seat and the family turned around and said I think Rusty has made his decision clear.

Our sincere thanks to Adam, Ryan & Lou for saving Rusty and bringing him through. Terrific thanks to the walkers in Broxbourne especially MarknSall & Bella... and Joanne... and of late all the walkers in Guildford who have brought Rusty on in public and erased his fears with their belief in him Special thanks to Chris, Linda and Sam who adore Rusty
Top

So happy! Hope it all works out for the most wonderful boy ever!

Be brave Rusty, all our love is with you as you embark on your new adventure, life is getting sweeter Rusty

Hoping all goes well with the cats, rabbits and sheep

Been checking the thread and realised we walked/saw Rusty from Aug 2014 to May 2016 so to say we are ever so keen that it works out is a huge understatement. Just worked out its circa eighty miles from where we live to his hoped new home so not easy for a casual drive by to see how he's doing but our thoughts will be with him.
Top
Post Reply
185 posts