I haven’t mentioned Winstons age as it’s really not an issue - he has no idea he’s getting on a bit and if I didn’t know his age I’d never have thought he’s almost 10. He has the energy and zest for life of a one year old. On Monday we walked a total of 10 miles (not all at once) - Winston showed no sign of being tired or not wanting to walk. The tide was just going in when we went for our walk tonight - he couldn’t work out why the sea was moving or what the waves were. He kept moving away, going back, totally perplexed. Indoors he’s a dream. He doesn’t touch anything that’s not his, hasn’t chewed a thing, not a single toilet accident. I’ve not heard him bark, he’ll whimper if he wants to get to a rabbit. I’ve tried to persuade him to jump up on the sofa next to me - but he’ll only come up for 5 minutes, the same at night time. He comes to bed for a stroke, then jumps down and spends the night in his bed. He loves to be stroked, he’ll regularly come over, nudge me, put his paws on my chest, just wanting some fuss. My ears also get a little lick. When he’s excited he does jump up but it’s so gentle, not a problem at all. He’ll also gently mouth my hands, no teeth and it certainly doesn’t hurt or escalate. Winston so deserves his own home. He’s such a good boy, I trust him, he’s a gentle soul with a whole lot of life left in him. Xx 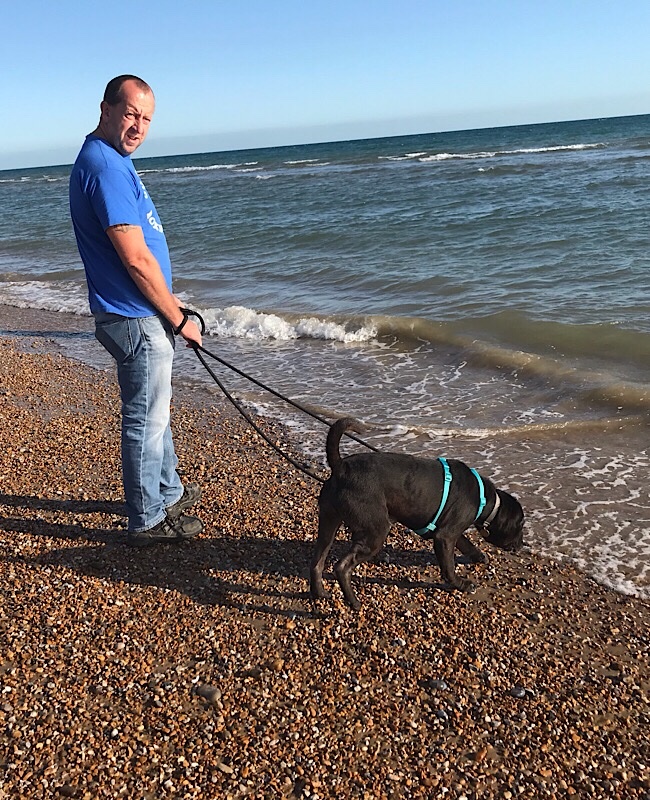 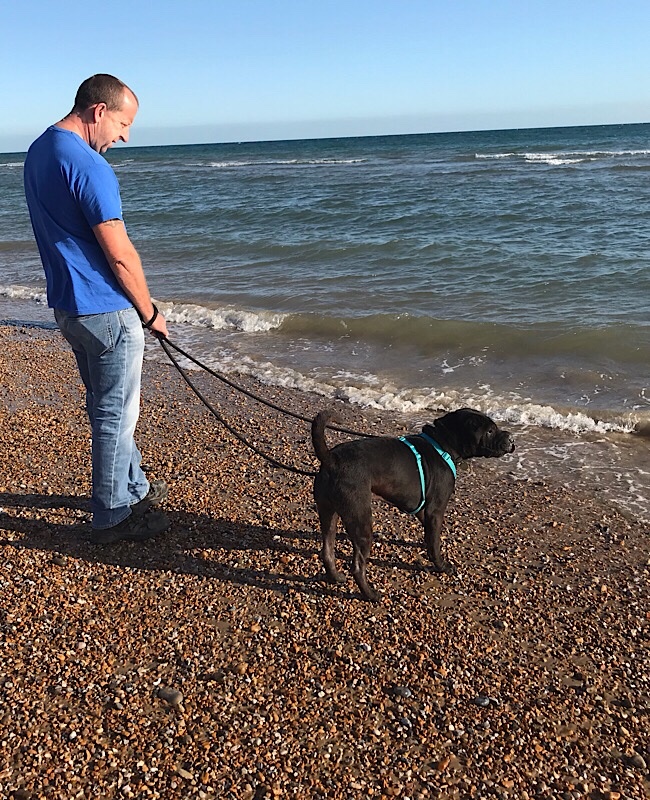 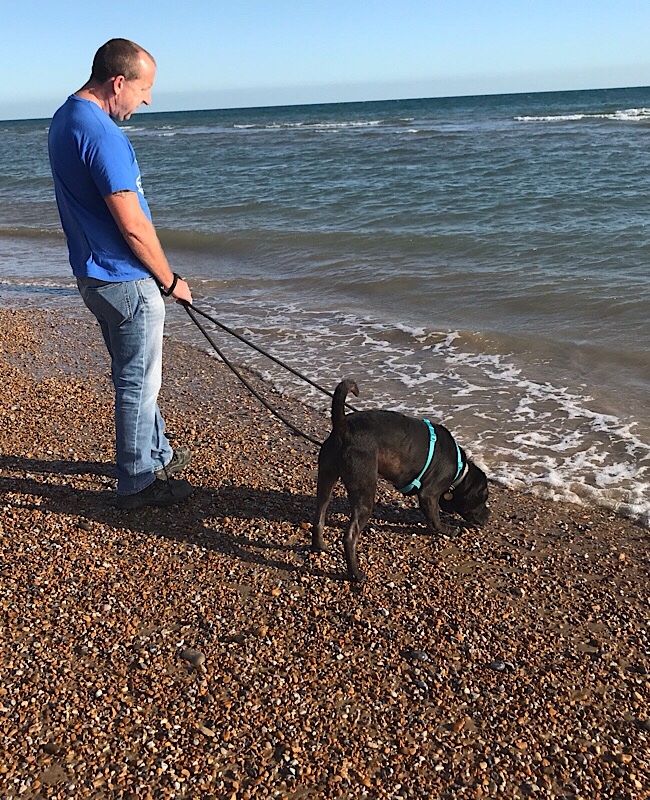 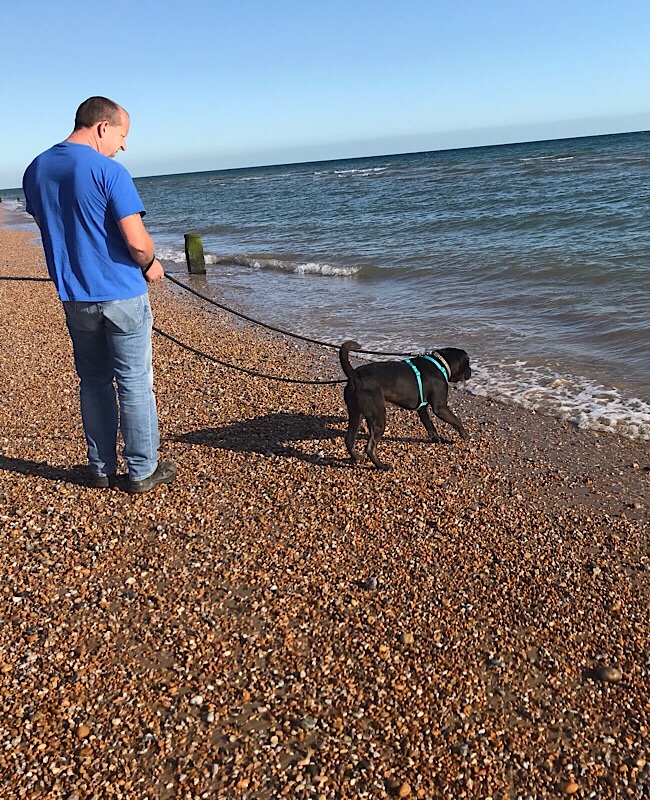 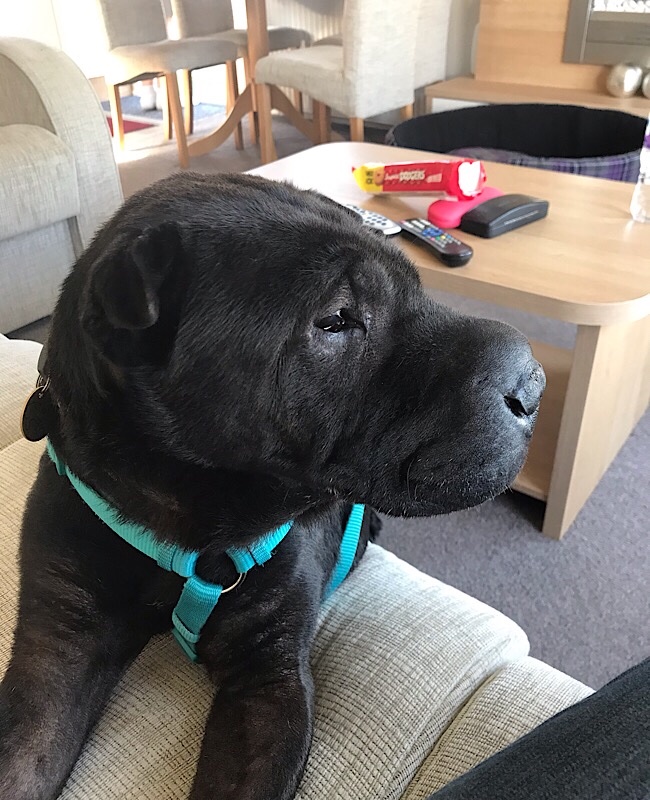 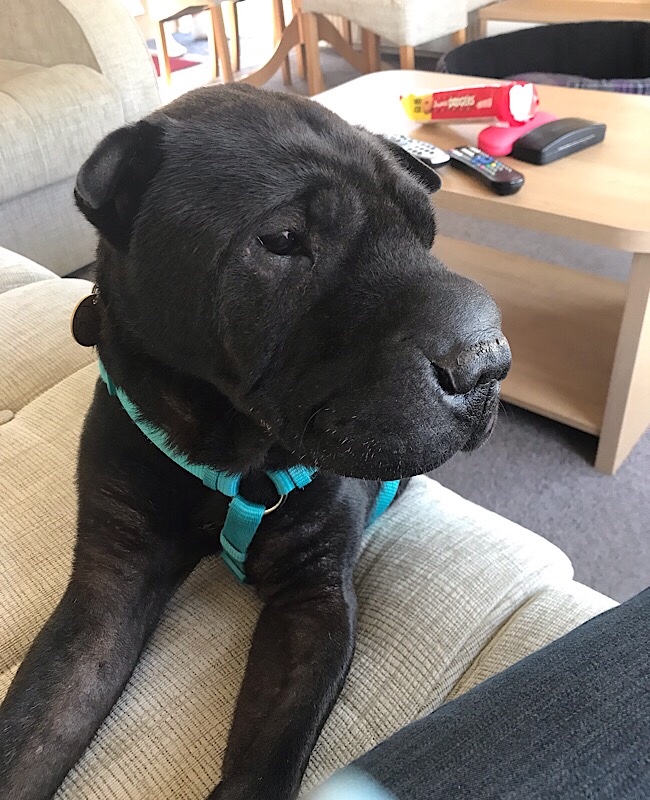 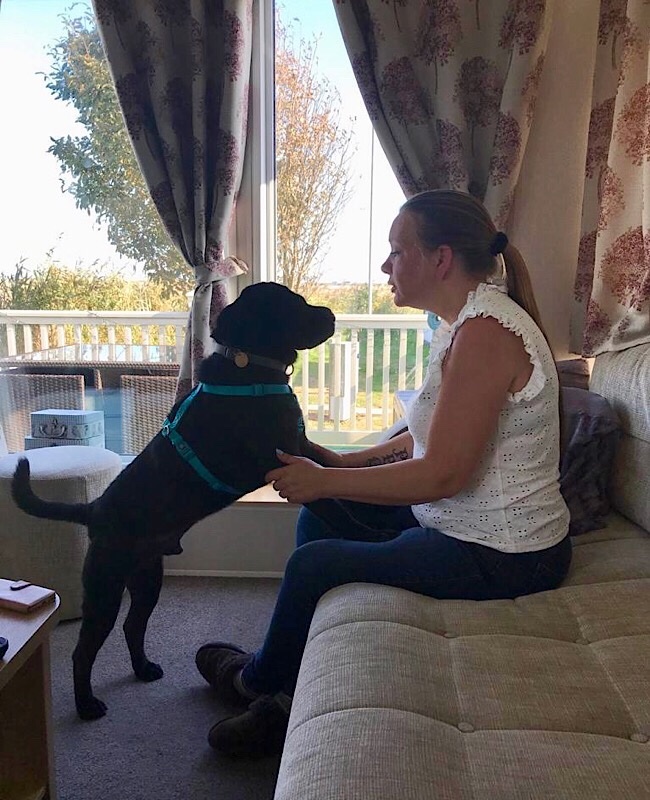 I just love seeing Winston on holiday. He's my favourite dog to take out for walks and I often bring him home for the day. If I didn't have two old cats that are terrified of all dogs I would have adopted him. He's the loveliest, gentlest, sweetest clown of a dog - and is so deserving of a home of his own.
Top 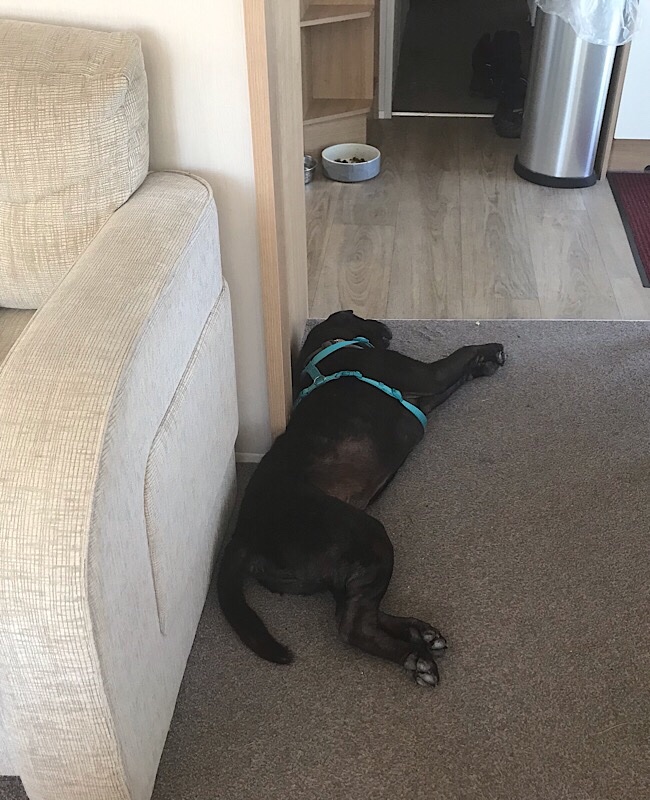 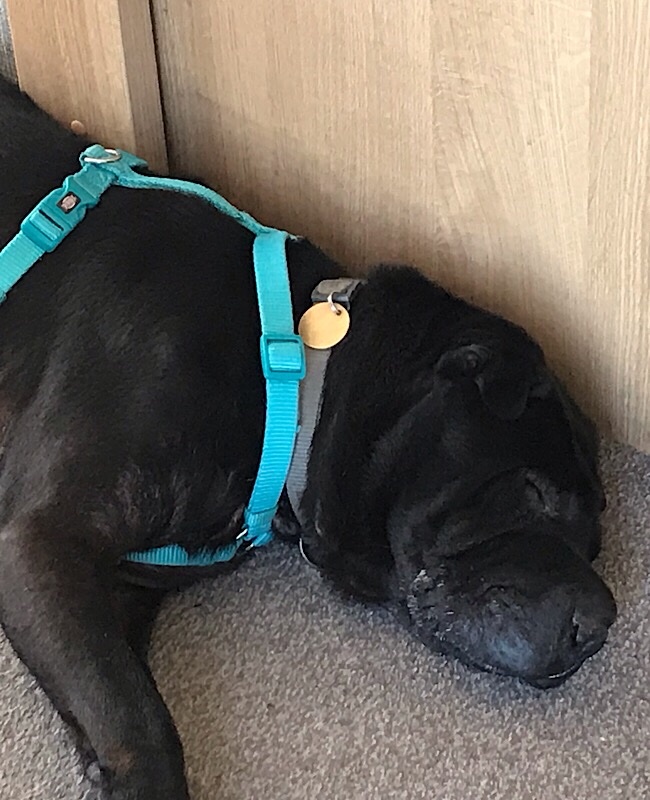 Winston is relaxed, happy, sound asleep. He’s been on two walks today, one early morning beach walk, one with Tony around the park. He can smell his chicken cooking, so he’s fallen asleep quite close to the cooker. Xx
Top

Winston is looking fabulous, thank you so much for giving this amazing boy time away from kennels, he looks like he is having the best time ever.
Literally every time I walk Winston he's like a puppy discovering new things, age is just a number where Winston is concerned, love him

Winston continues to be a very good boy. He’s calm and settled indoors, lively and alert on his walks. He is a dog who makes the very most of his walks - investigating under bushes, chasing rabbits, following scents and persuading passing humans to stroke him!! Winston is very good at getting people to give him some fuss - he pulls towards them, wags his tail and over they come. There’s not many people who can resist Winstons squidgy chops!! He’s a total sweetheart. Xx. 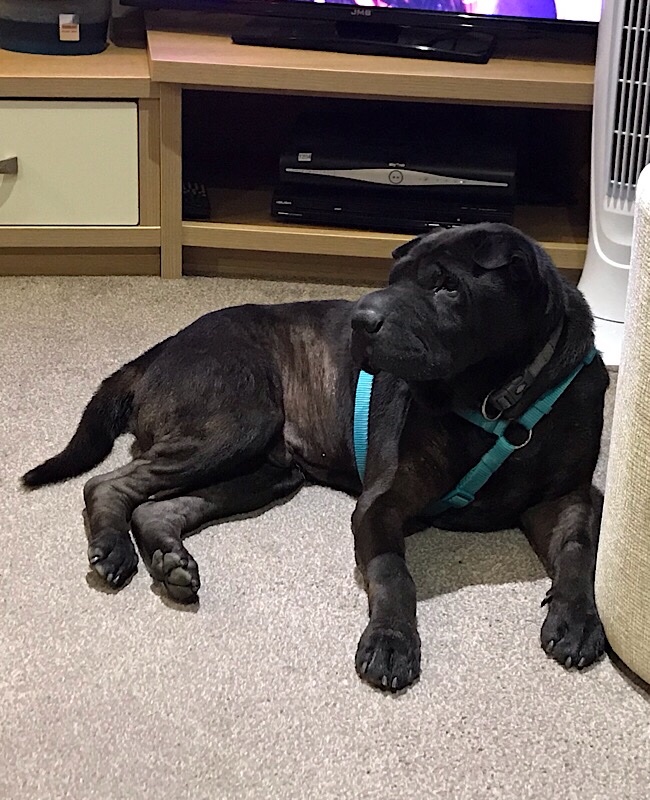 Winston is sunning himself on the veranda as I write this. He’s had his morning walk along the beach, had his breakfast and is a sleepy boy now. We’ve had mixed reactions to other dogs. He does pull towards all dogs but is easily moved on if they don’t react to him. If they react to him, he’ll whimper and pull harder to be near them. He’s ott with off lead dogs near him on the beach - I can’t blame him at at all, he’s on lead and perhaps feels a tad vulnerable. However, I’ve seen no aggression from Winston, no teeth baring, no growling, no fur raised - he’s just very excitable. If we see too many off leads dogs in one place we just move further up the beach - it’s not a problem. Indoors he’s an absolute peach. Every morning you know he’s awake and ready for a toilet break - he’s quite snuffly and you can hear him, bless him. Xx 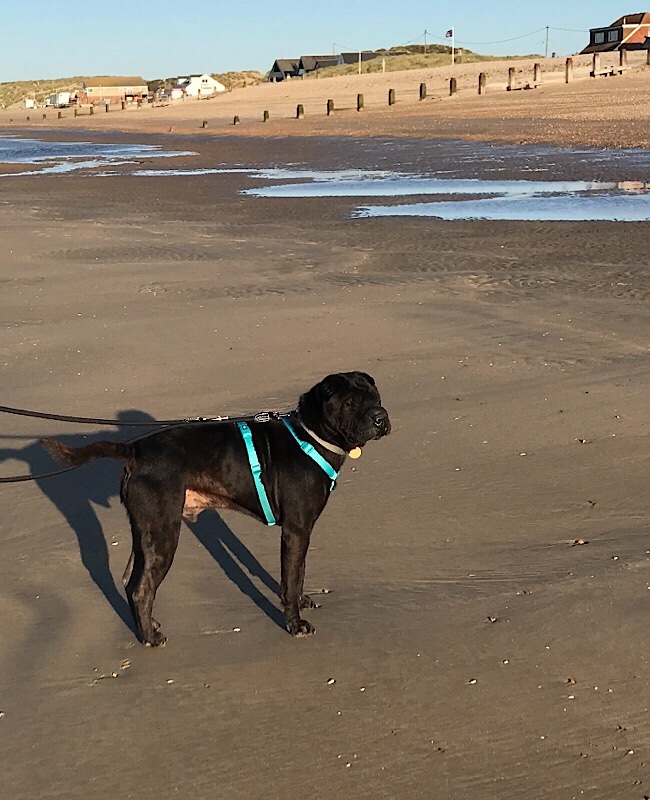 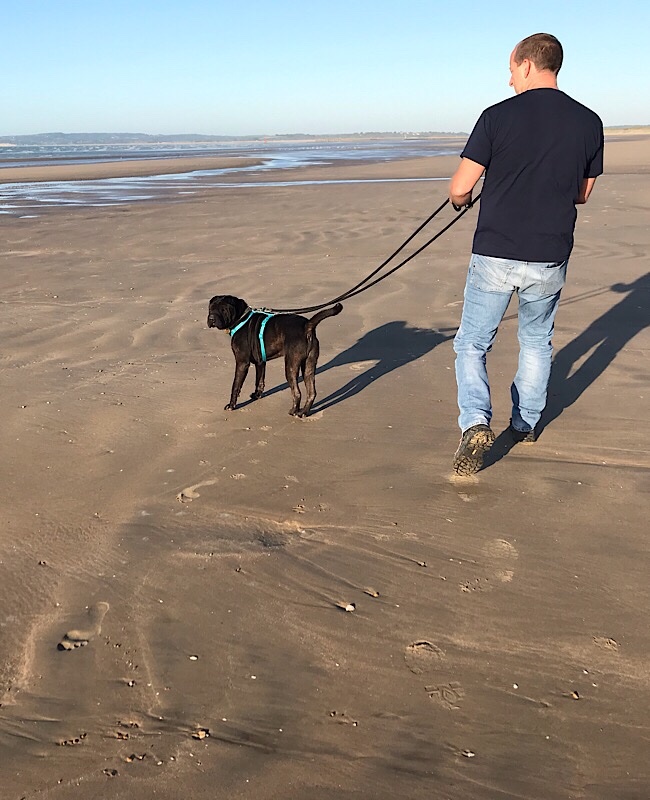 I’m smitten with Winston he really is such a good boy. Tony ran with him on the beach this evening - to see Winston running along, tail wagging, totally carefree was heart warming, priceless. He’s a very special boy. He’s curled up in his bed now, worn out, lightly snoring. Love him to pieces. Xx 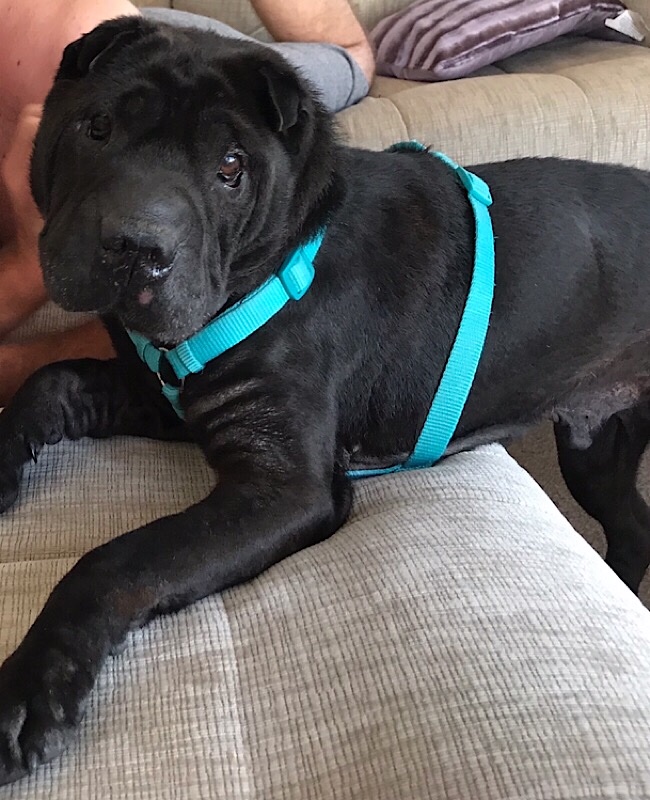 Oh man you've made me cry again!!
Have to say I'm a little bit jealous, Winston looks like he has been the best company ever

I can say hand on heart, Winston is one of the easiest boys I’ve ever taken away. He is quite lively outside but it’s a pleasure to watch him enjoying every second of his walk. I cannot fault him indoors - barely know he’s there. He’s not overly affectionate - but he will come over and put both his paws on my lap - this means he wants a cuddle and some fuss. Sleeps all night, not a peep out of him. Loves his food, especially cooked chicken when it’s still a tiny bit warm. He’s had bacon most mornings plus lots of other treats - he takes all treats gently, never snatching. Winston is not ready for retirement just yet - he’s got a zest for life which is second to none. He has been an absolute pleasure to spend a week with - I couldn’t have wished for a better companion.xxx 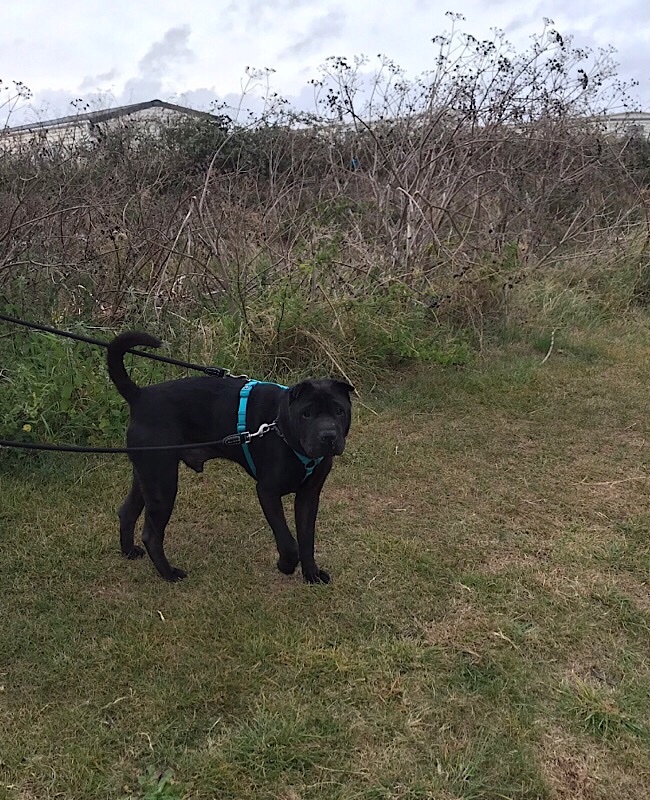 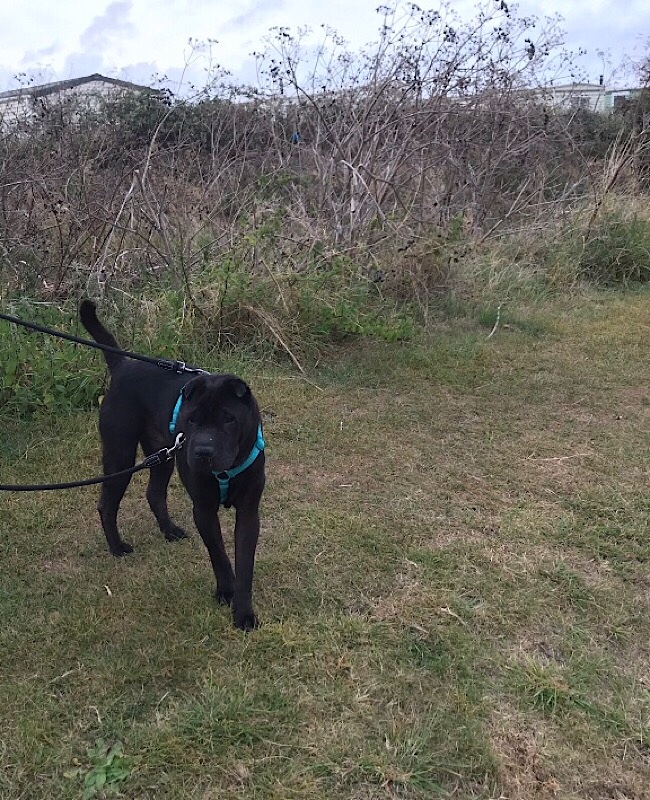 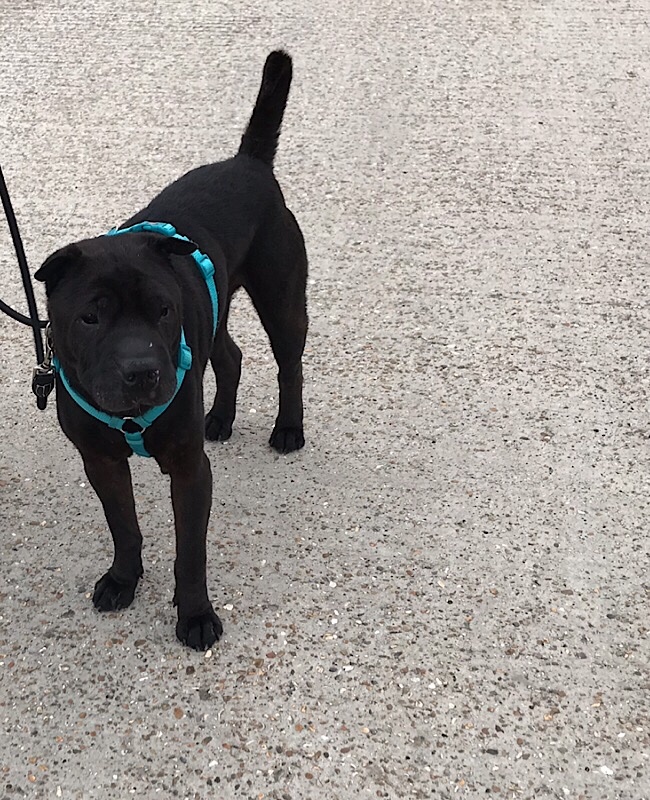 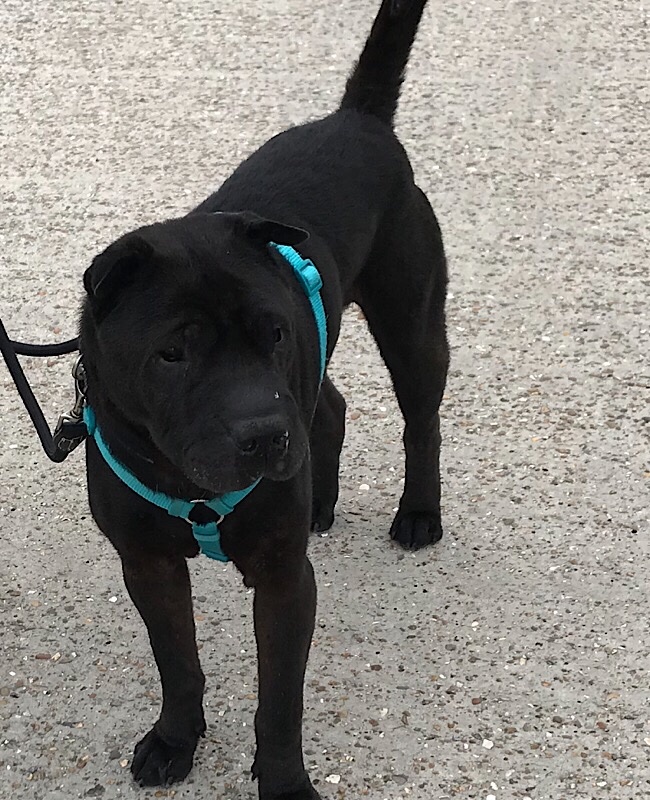 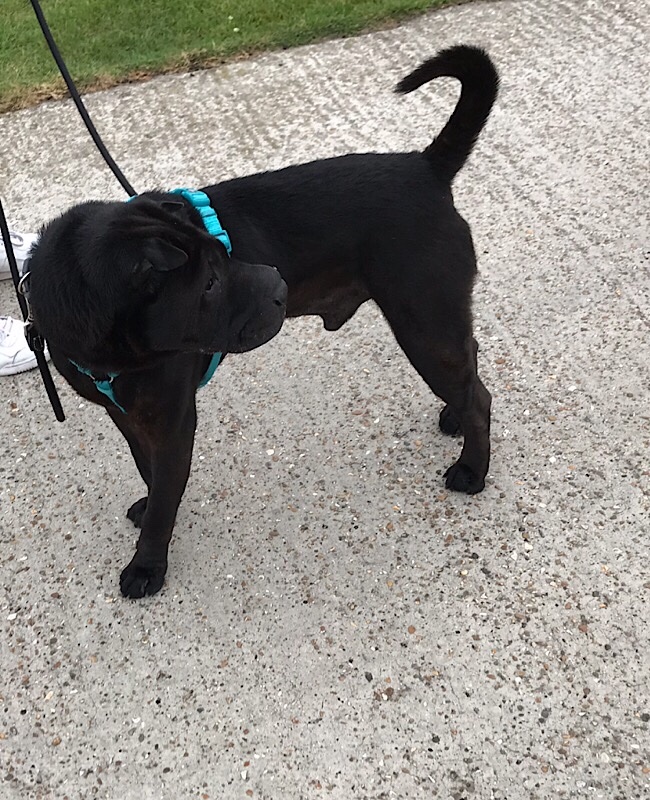 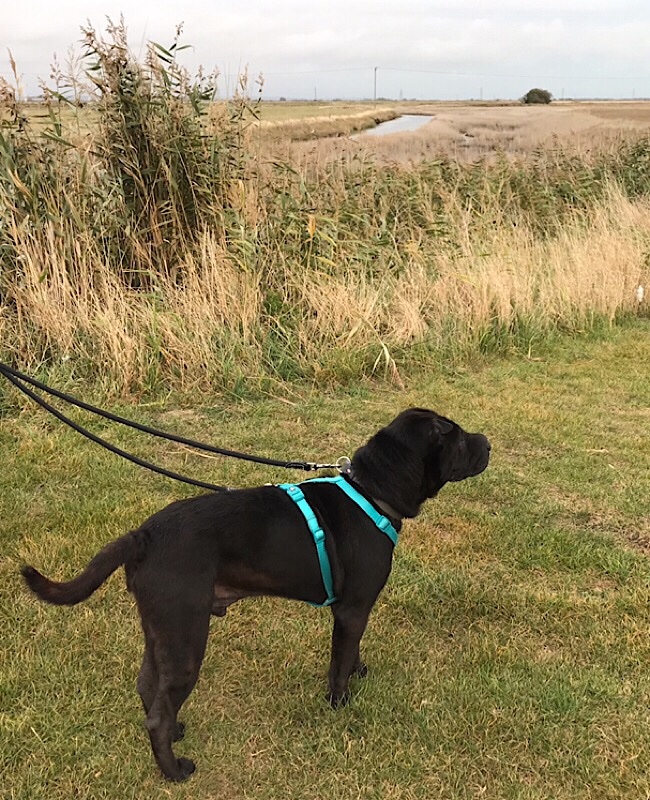 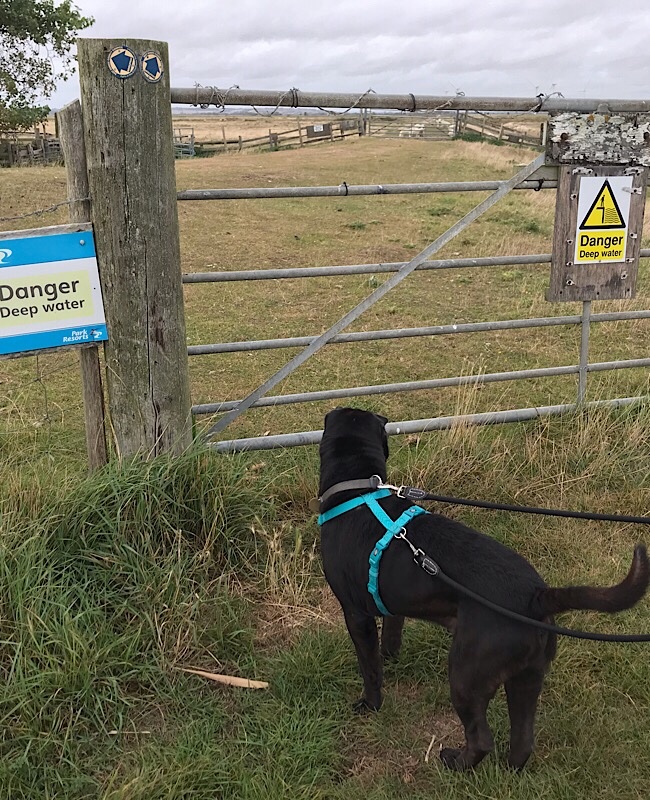 Dropping Winston back was hard - only made easier by knowing I’ll see him on Sunday. He is a cheeky, funny, lovable boy - not an ounce of malice in him. Yesterday when we were out walking, he had four small children fussing him (they asked first). As with children, they were excitable and a tad gung ho.....Winston loved them!!!! Trying to move him on afterwards was an effort - he can be a stubborn boy!!! Nothing fazes Winston other than other animals....he does get excited and his hearing becomes selective. To be honest, I could have stopped Winston chasing the seagulls and rabbits but he was having such fun I didn’t have the heart to do it. He was never going to catch them anyway but he liked thinking he could. He’s not a fan of off lead dogs rushing at him - can’t blame him for that. Winston (or Winnie win as we kept calling him

) was an easy boy indoors, a total sweetheart. He spent a lot of time on our veranda keeping an eye on the sheep in the nearby field, checking no dogs passed his domain.....although he did fall asleep on the job quite a lot 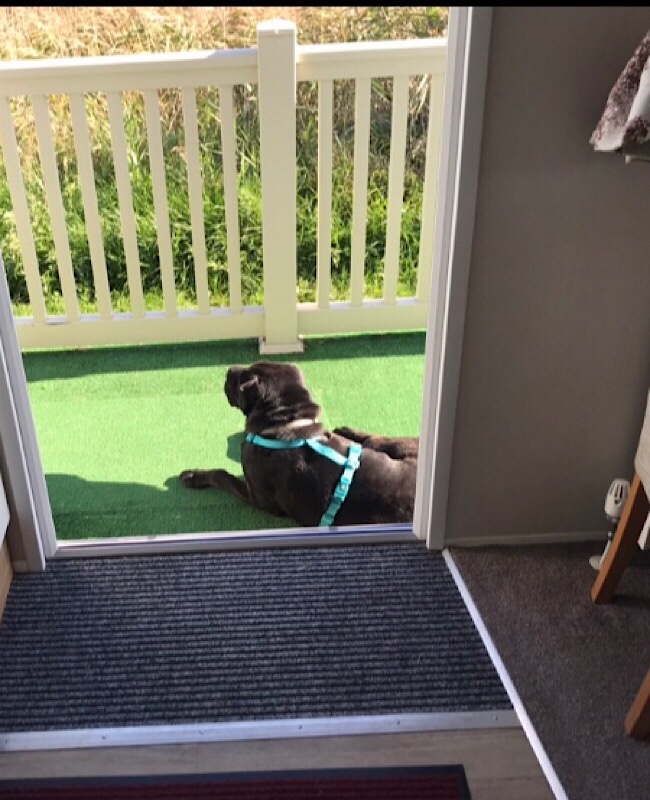 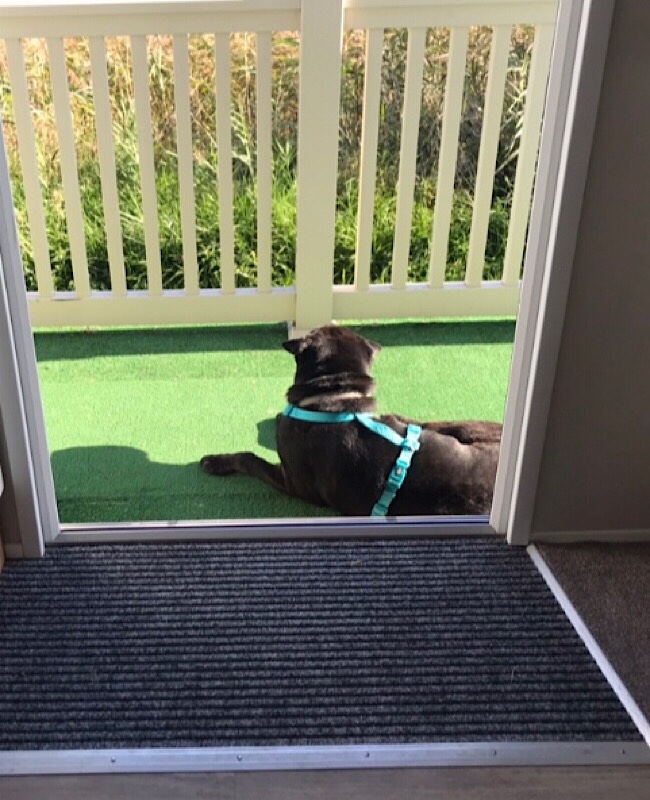 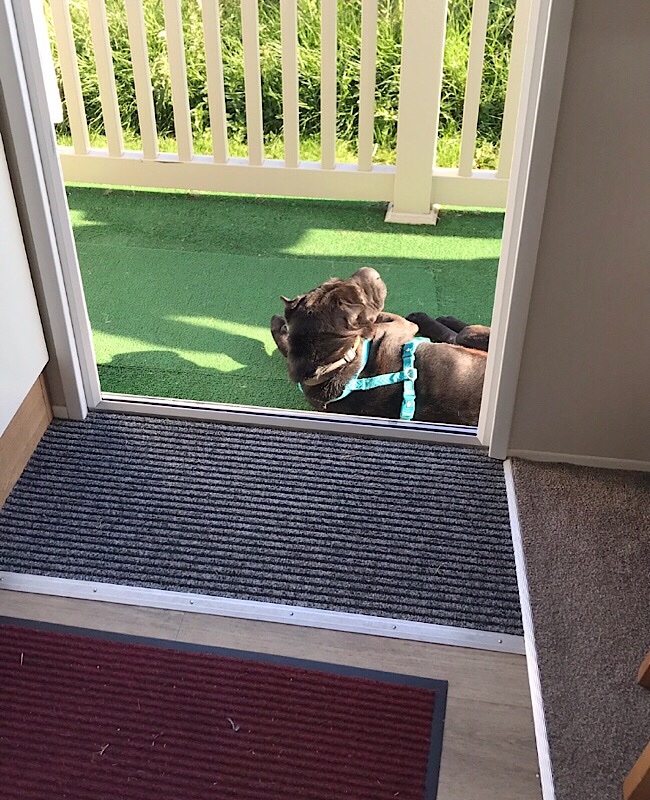 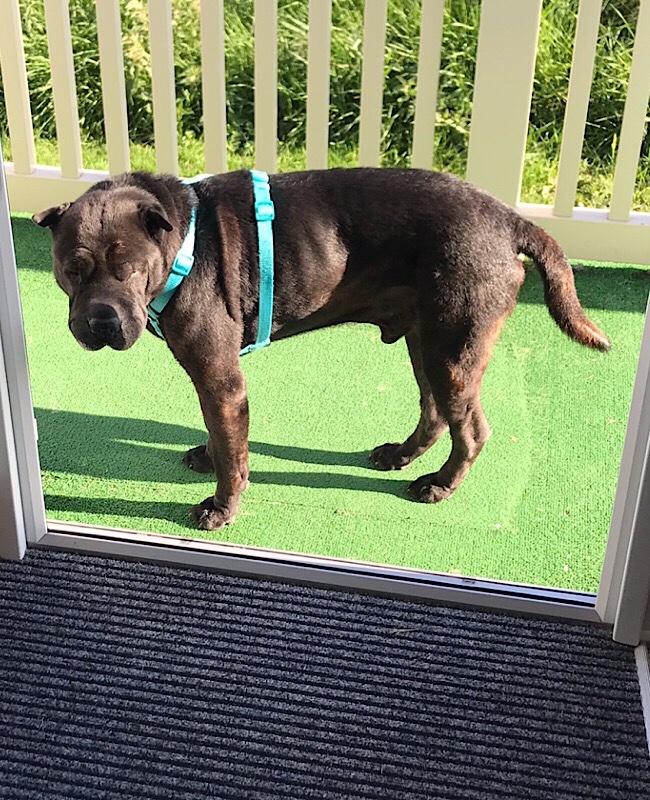