I spent some time in the field with Lily today and I fell for her in a big way. She's completely beautiful, a huge amount of fun, very easy and really dinky. I was expecting a collie-sized dog and was faced with a terrier-sized bundle of awesomeness. Just when I thought I didn't have space in my heart to love the dogs at Guildford any more than I do, along comes Lily

Got me a little Lily time on Saturday, she is a very special little dog. 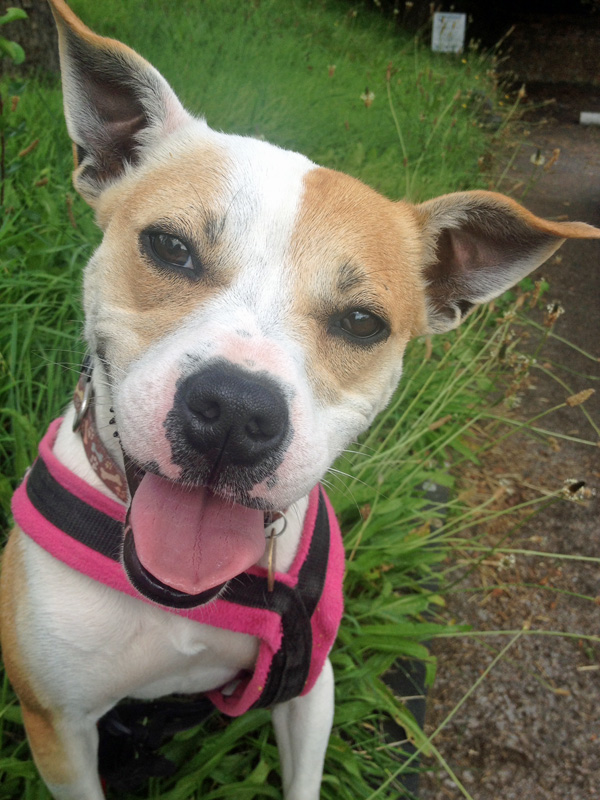 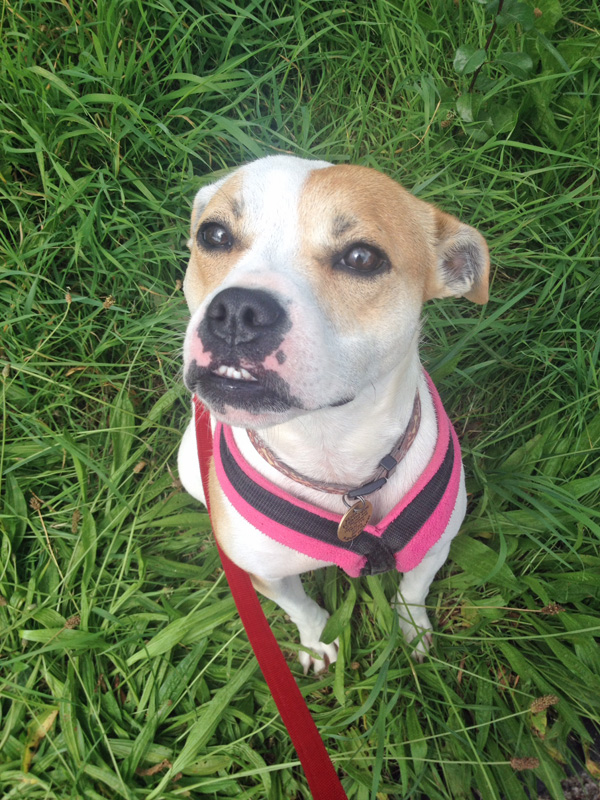 Couldn't resist taking lovely Lily for a walk today and off in to the paddock for some fun. She had a little bit of play with Tia, who wasn't really in the mood so Lily chased me around instead. Love this little bundle of fun 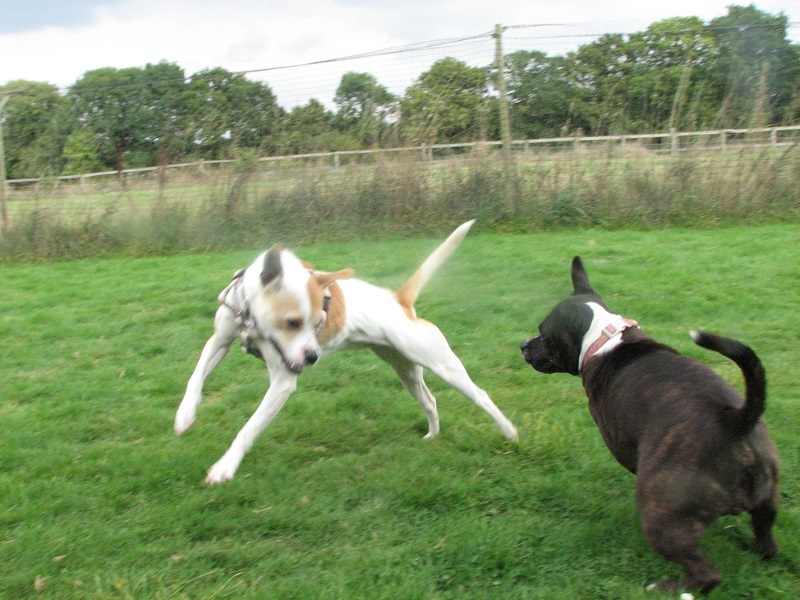 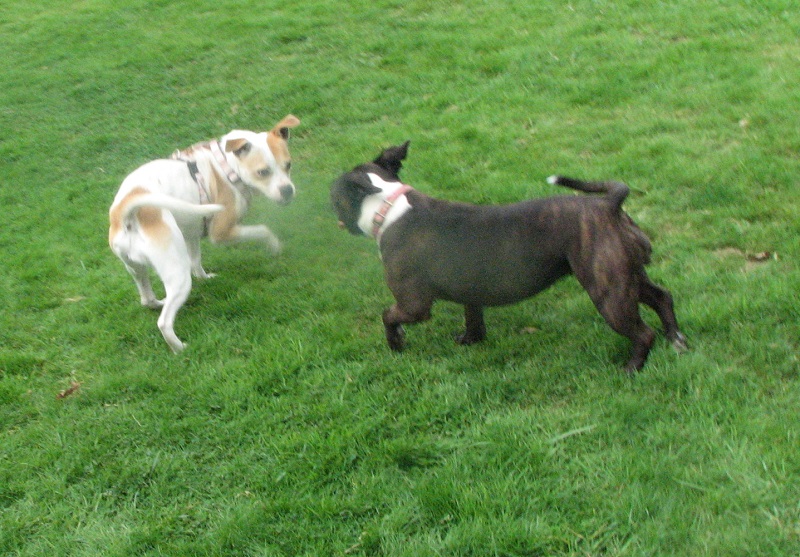 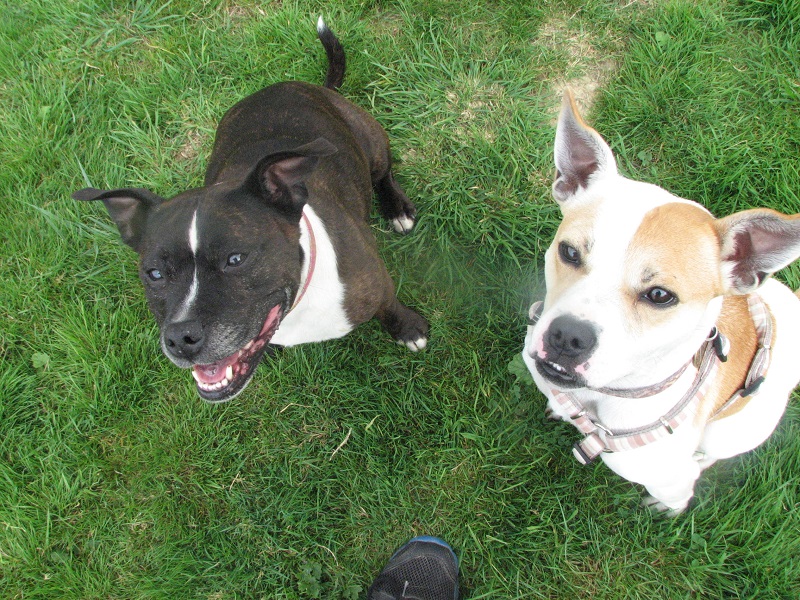 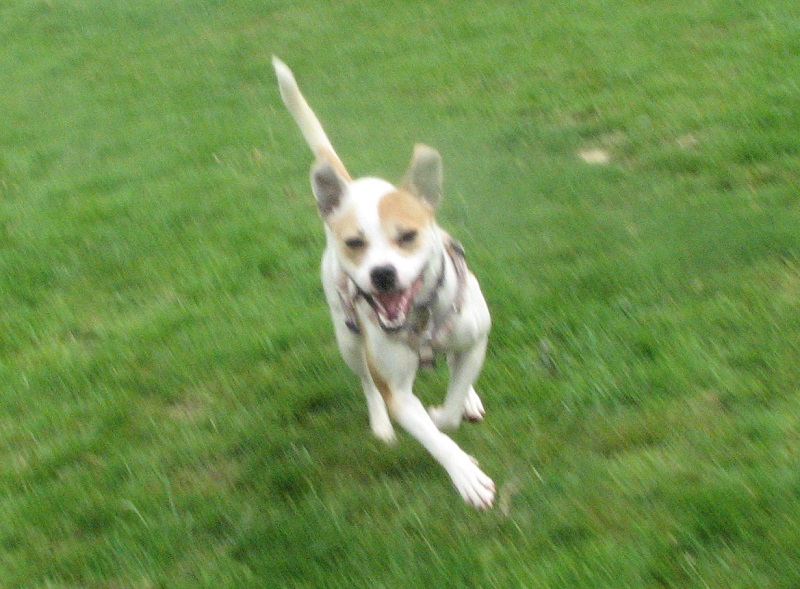 Had my first walk with Lily on Saturday. She really is a pretty girl, friendly in the kennel and easy to harness. We had some paddock time and then a lovely walk. Lily looks up at you on her walk and is very connected. I am guessing she is quite a bright spark! 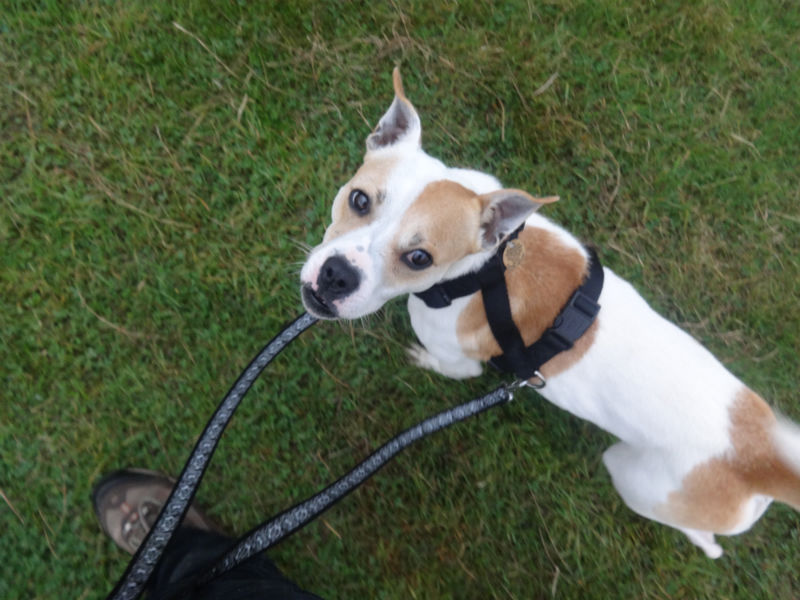 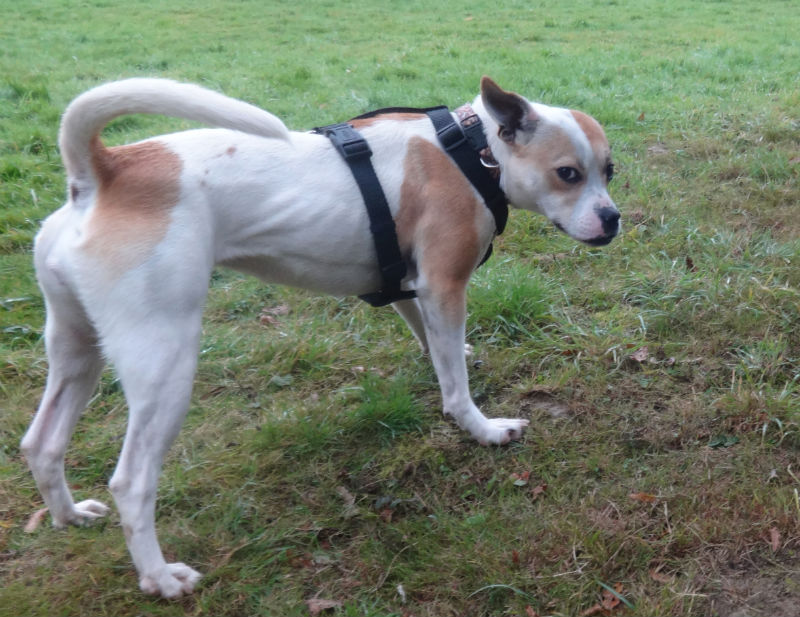 Would you like to walk our lovely dogs too?
Dog walking volunteer form
Top

Lovely Lily was out with me this morning, strolling in the sunshine. Such a dinky, sweet little girl. Charming and playful. 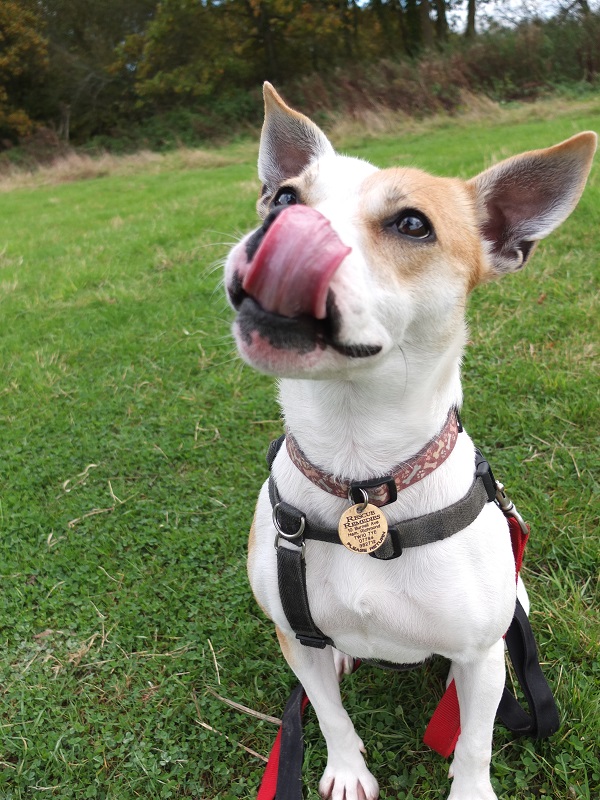 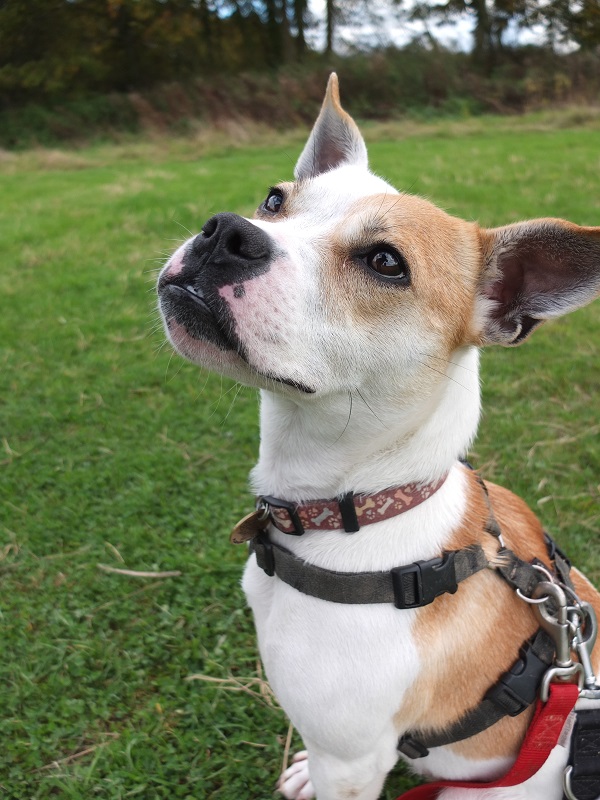 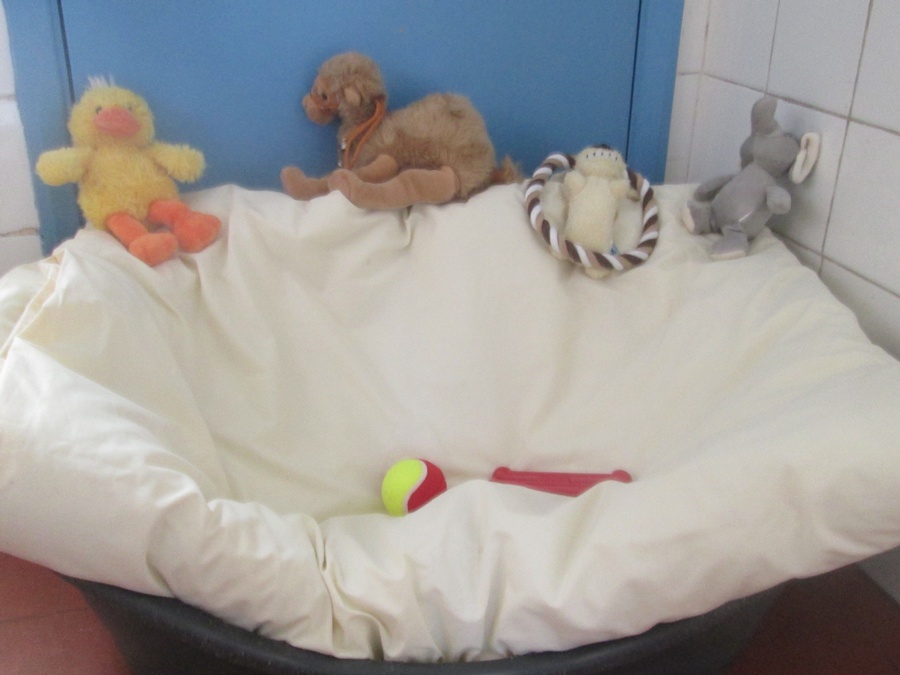 As soon as I opened the car door she jumped in, curled up on the front seat - and that was that. No car sickness, no whining, no drama - just the occasional tentative face wash to remind me she was still there. Not having had breakfast she fell over her naturediet, followed by a romp in the garden, followed by an enormous drink. Then back inside for some general entertainment. Although quite self-contained she doesn't stray far when off-lead in the garden, and always looks up to you for further instructions or approval. I next took her for a long-ish walk to distribute the final christmas cards (have you seen the price of stamps!!!) and she was almost perfect. No pulling, just crossing in front occasionally, probably because she seemed a bit perplexed by all the cars. Maybe she isn't used to pavement walking. Next she produced nos one and two in the garden. And now she's looking expectantly - hoping that dinner will be served soon! 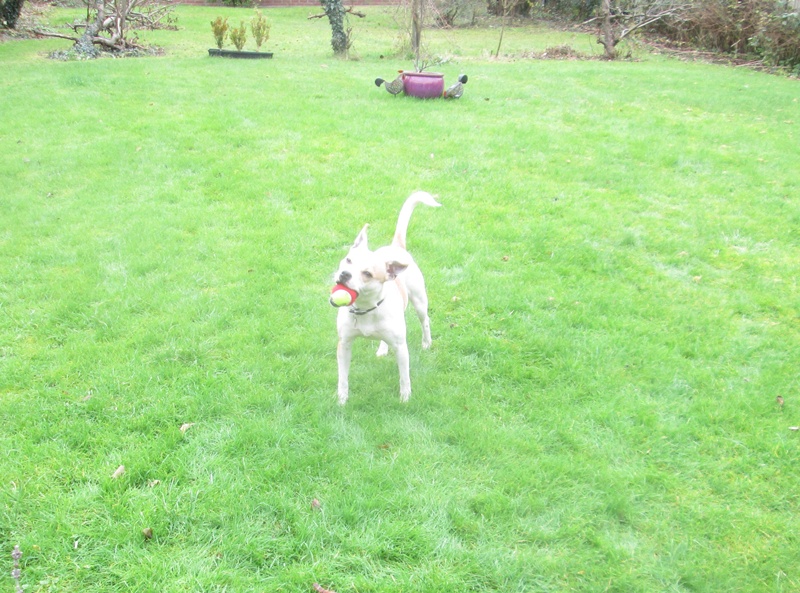 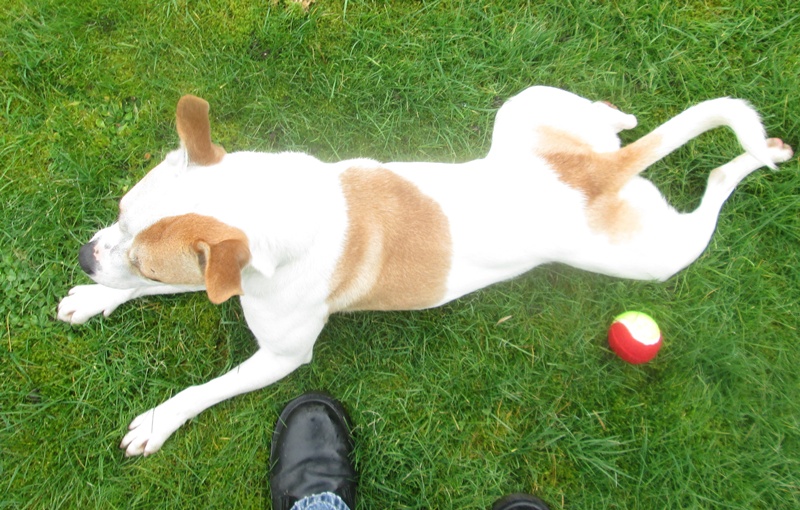 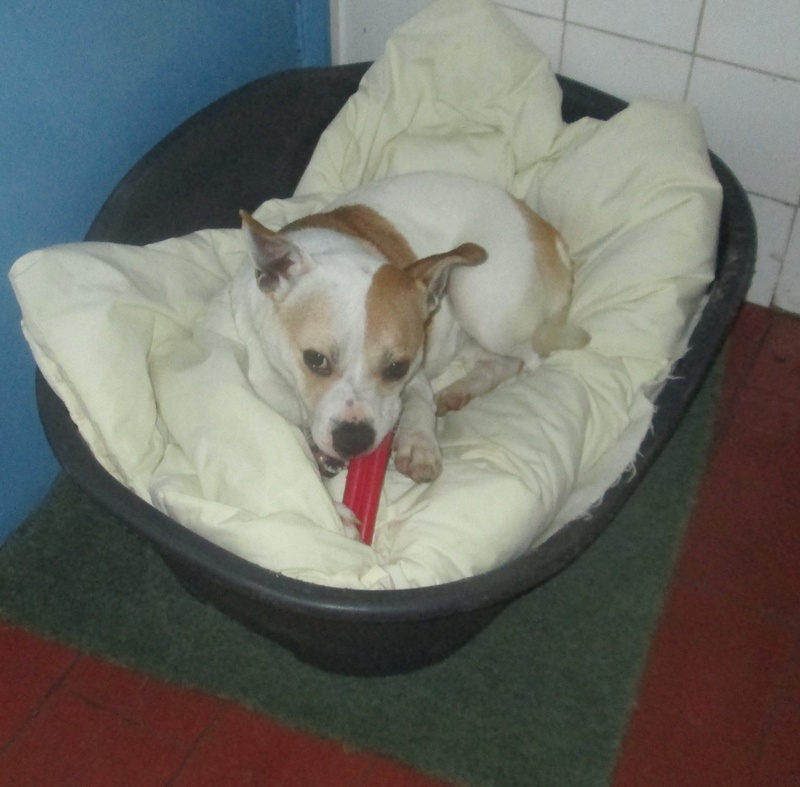 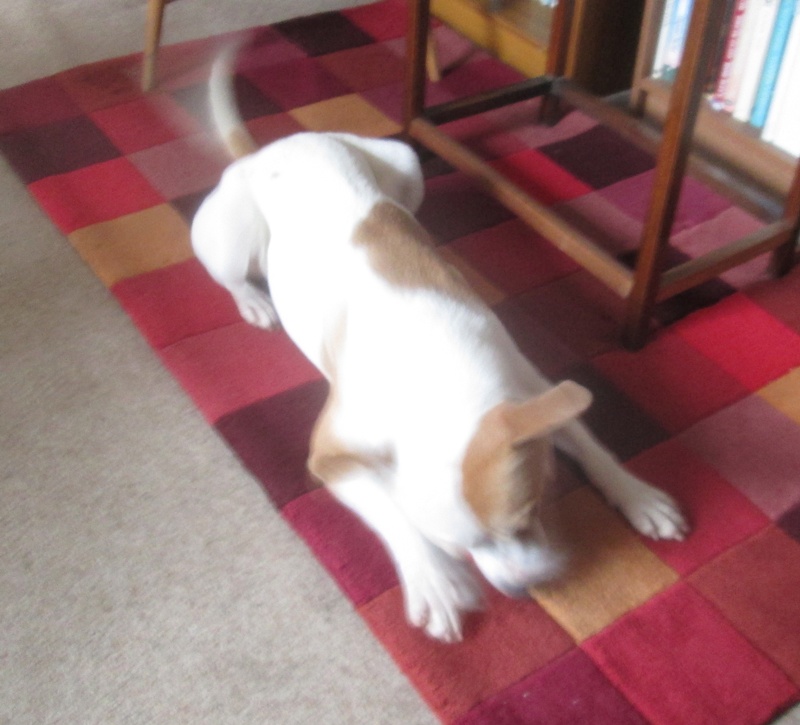