Well, although Jethro's been with us a little longer, today marks his 2-year adoption anniversary!

He's truly one of the pack now - even over the last few months we've noticed that the whole pack just seems more completely at ease. They were all happy before, but there's been a subtle shift which has shown itself in the absolute contentment of all 5 members (4 pups + cat...).

Part of this is that Jeth has calmed down - both at home and on walks. The dog who was quite literally bouncing off the walls when we first got him is now much more mellow and settled - and seems a lot smaller! Part of this is probably due to the one-on-one attention and games that he's been getting - he likes hide-and-seek (even if he's not very good at it) and weaving through legs in pursuit of treats.

To celebrate the anniversary, Jethro and Lawrie decided last night to find something to roll in and get very smelly heads, so they've both had baths - at which point Buddy (celebrating his 15th birthday today!) also found whatever it was and rolled too...

Anyway, here are some photos of our big softie taken since his last pupdate: 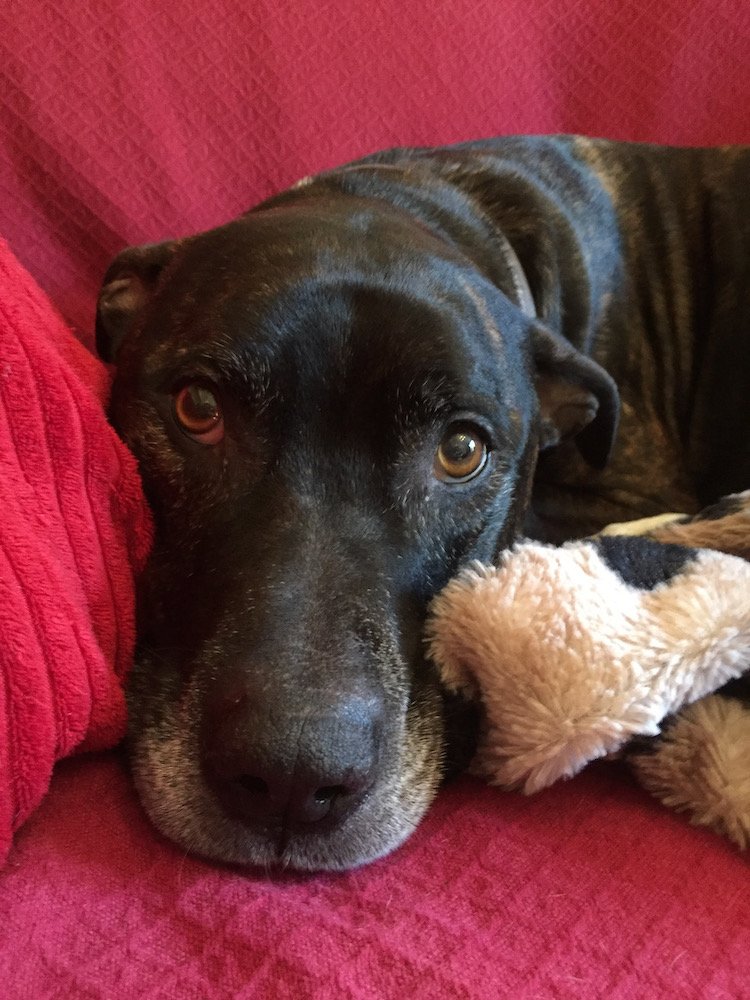 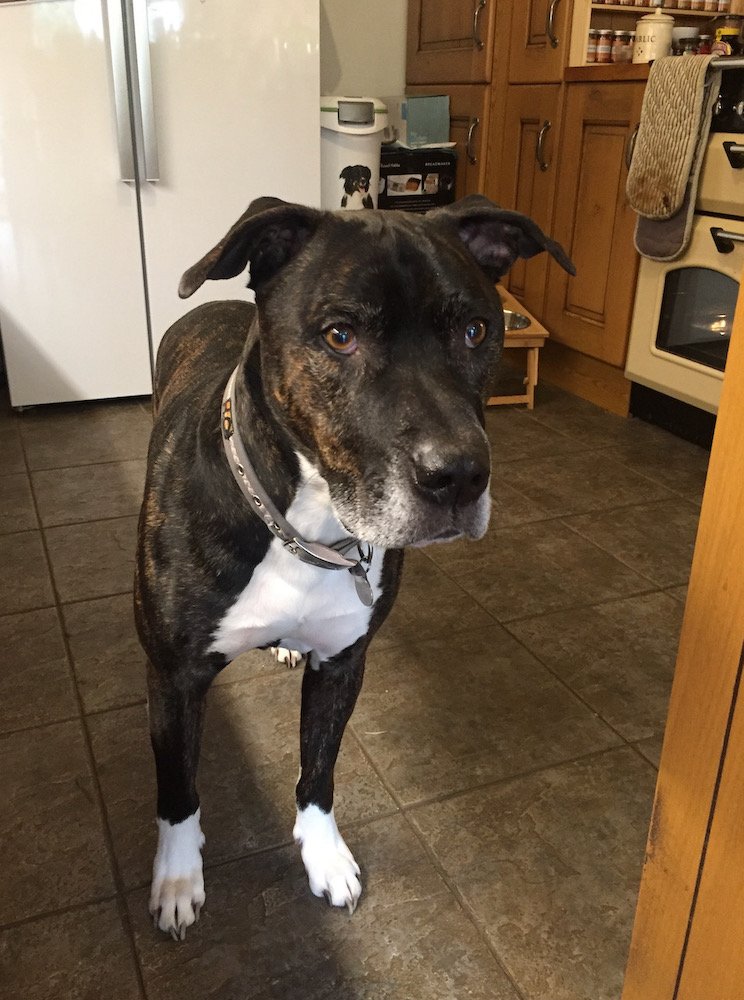 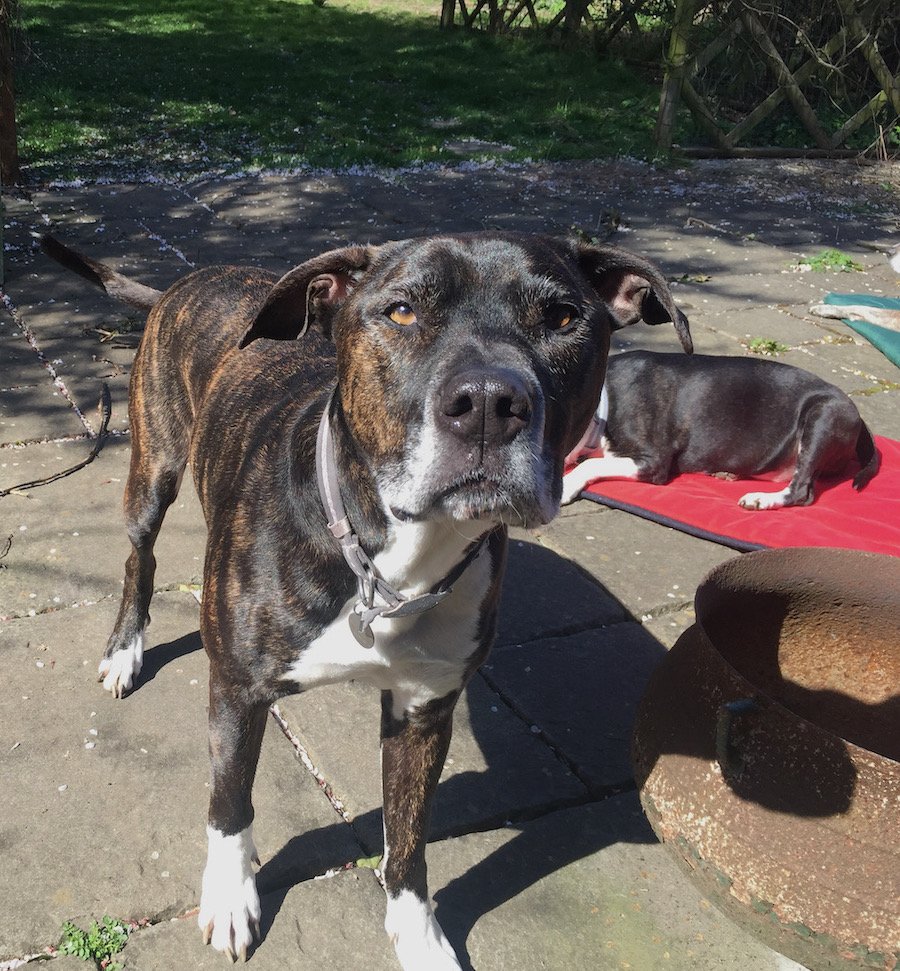 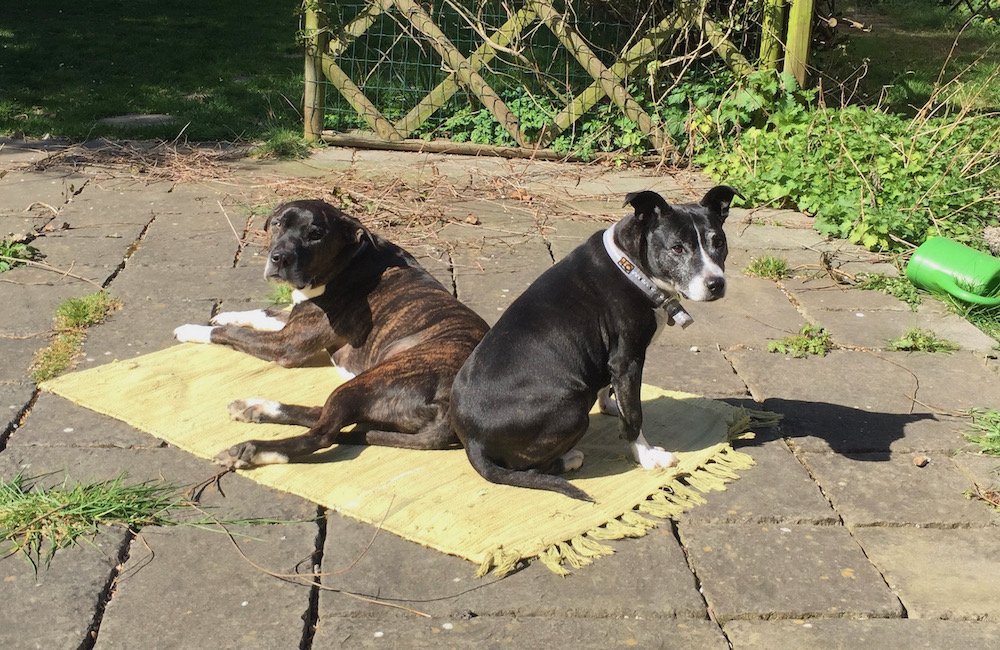 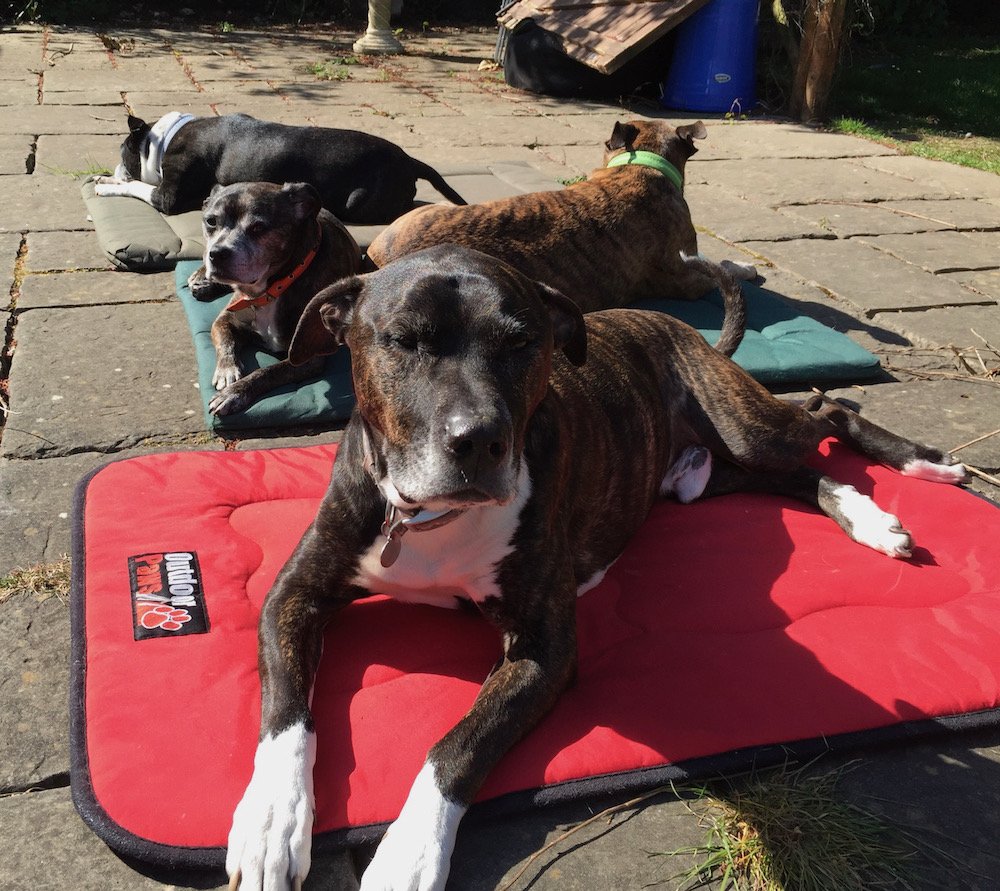 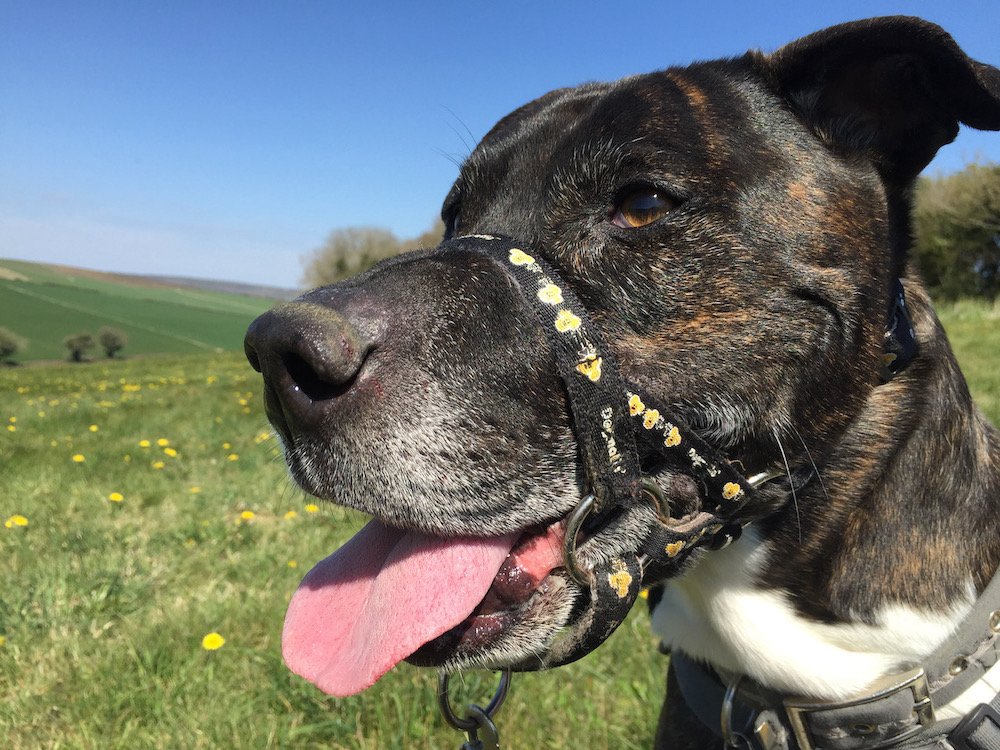 Great to see Jethro looking so well and happy.

Love the pic of all four of them sunbathing.

Dear sweet Jethro, what a joy to see these photos of you looking so completely at home, and soooooo realxed. It shows what can be achieved with some (quite a lot) of patience. You are amazing people and Jethro is very lucky to have you. Xxxx
Top

Aww happy days for all. Hugs to you all and an extra big hug for the best doggy cuddler, bar none, Jethro.

Would you like to walk our lovely dogs too?
Dog walking volunteer form
Top

Happy Adoption Day Jeff. Jethro the LEGEND. Give him a massive hug from me and big thanks to you all and your crew xxxxxxxxxxxxx
Top
Post Reply
268 posts