What a wonderful update and photos

Lovely photos. Love that little dog. He is so lucky to have found you and his new friend for life. Happy times ahead for all of you x
Top

Thanks for the lovely update... Bentley looks very happy

Love the photos - what a perfect home. Have a wonderful Christmas xx

It has been two months since Bentley has "legally" immigrated to the USA and we thought you would all like an update.

Bentley, just like Lynne said, is a Yappee young dog. So, he has been a lot of work! There were a couple of days that I was realllly cursing him out... and threatening him with deportation! However, I must say that this has all passed... and, except for the occasional spotting in the house, we have truly fallen for this little guy.

When we got Bentley in December, he weighed in at 13 lbs 2 oz. Today, he weighs 14 lbs, 8 oz! - Apparently, when Bentley immigrated, he brought along some friends in his intestinal tract... Those were considered "illegal" and were promptly extricated by the vet... hence, the improved health, and weight gain... Bentley does really look like a different dog. Attached is a picture of him with the original harness that Lynne gave us, as you can see it no longer fits.

It took a while for Bentley and Riley to get comfortable with each other - there is a lot of competitiveness between Patterdales - so generally, we can't leave them on their own with toys laying around. Now, they get along very well and certainly have mutual respect for each other. As time passes, Riley has come to accept Bentley into the family.

Below are some fun pictures that we have taken over the past few weeks. We wish you all a Happy Valentine! With kisses and hugs! 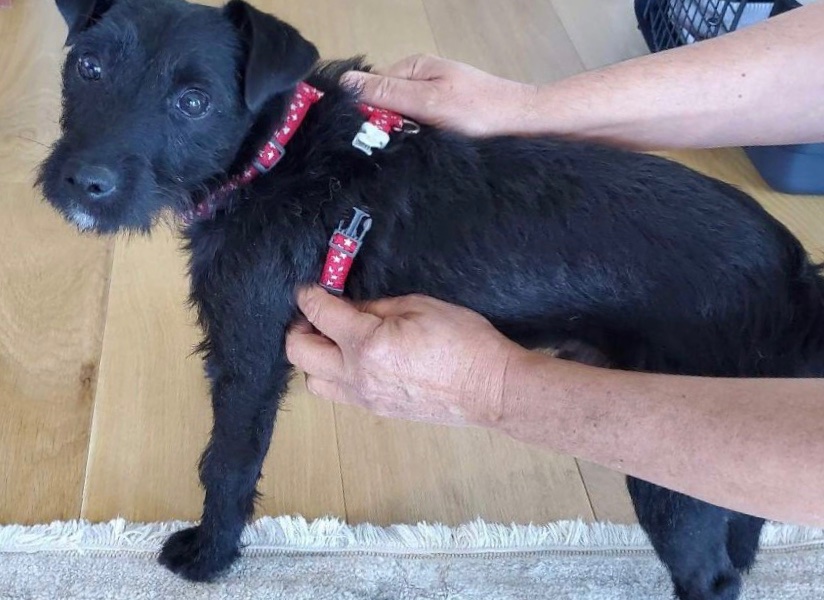 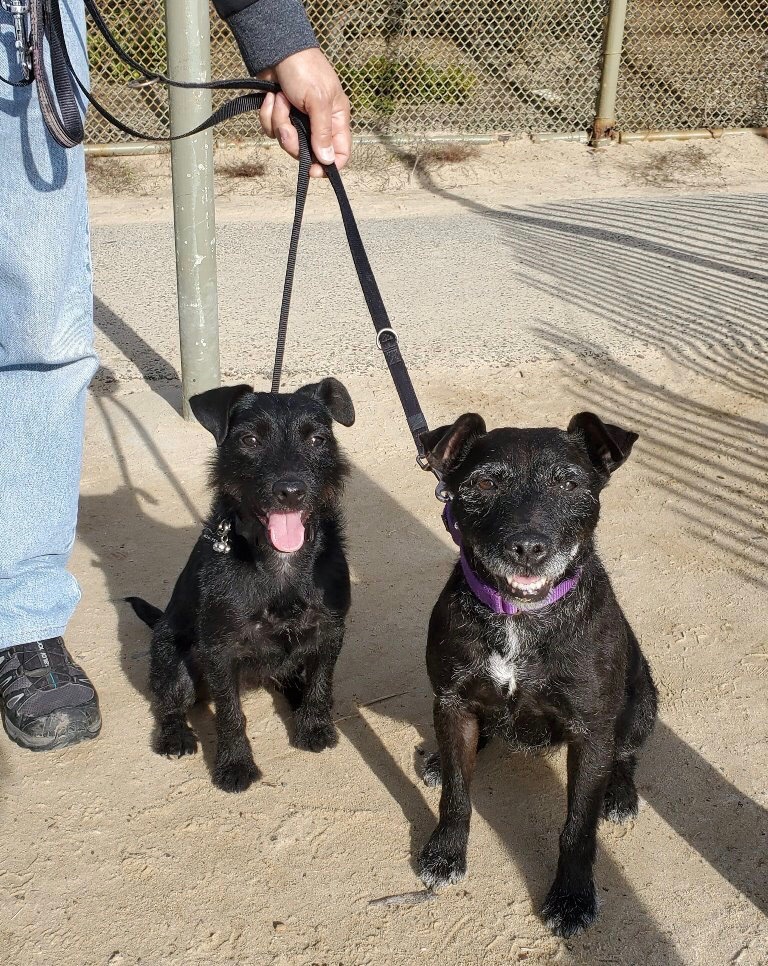 On a walk along the Laguna Beach coastal trail.
.
. 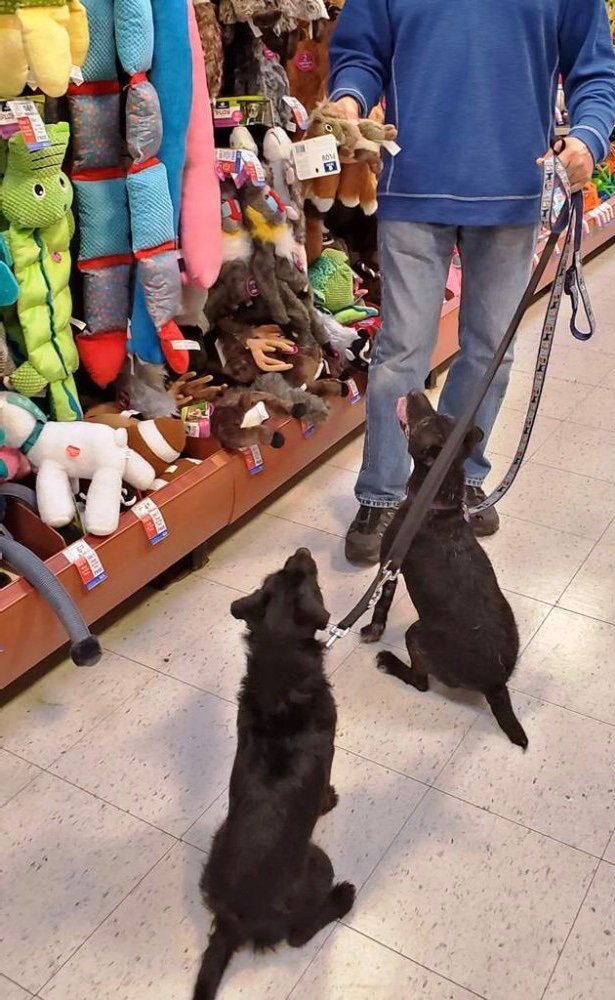 Choosing toys at the shop 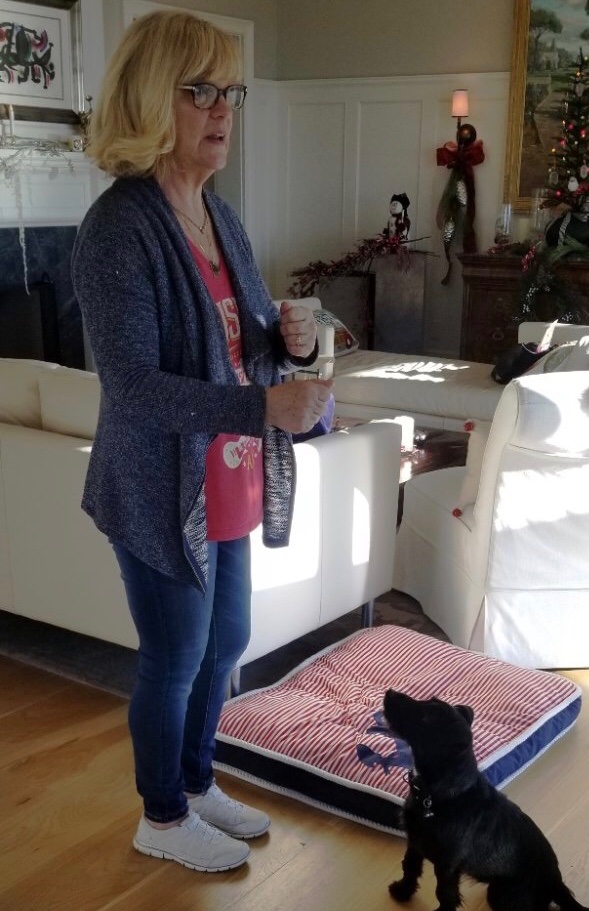 Bentley (actually John and Terry) getting a private lesson in proper behaviors. The guidance was very helpful in understanding the interaction between the two dogs.
.
. 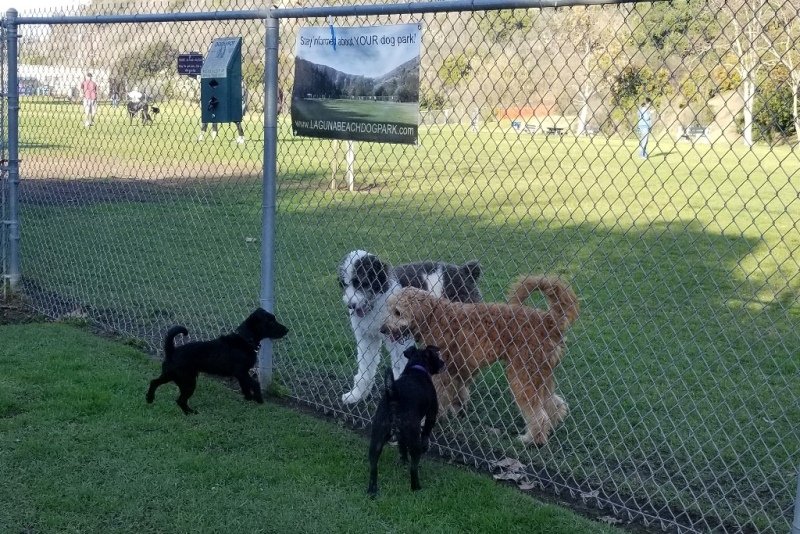 Bentley being introduced to friends at the dog park.
.
. 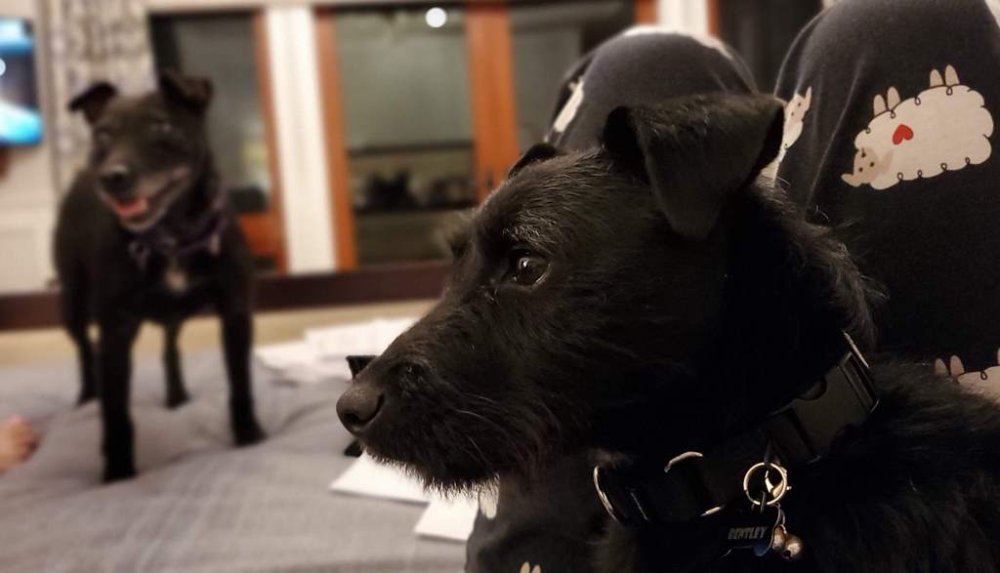 Bentley at home with Riley.
.
. 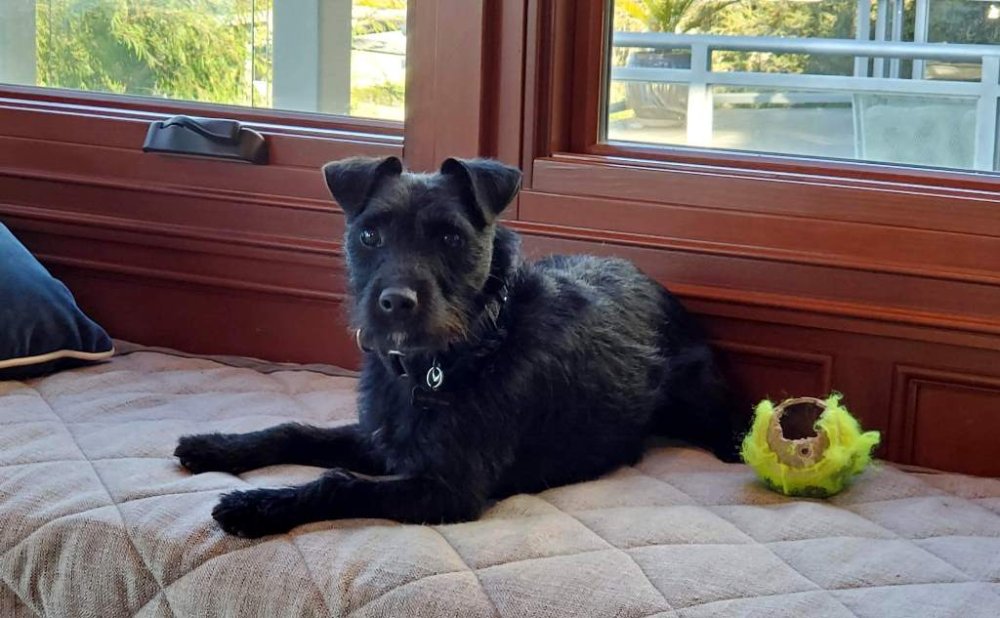 Bentley, feeling at home - his favorite is to chew on torn balls that Riley has dispensed with.
.
.

Lovely update and photos. ...most dogs put on weight away from kennels as the stress melts away

Oh so lovely to get an update on my fave boy Bentley!! he looks so well and his weight gain is impressive. Glad he is settling in so well with gorgeous Riley too. What a wonderful life your wonderful doggies have. Thank you thank you thank you. Can you give Bentley a big hug from me please and one for Riley too xxxxxxxxx

Such a lovely update on Bentley, so so pleased he is in such a loving home that is making him thrive and be the best dogggo!!

He looks really well, amazing to see, he has definetly put on weight and has grown!!! he was a tiny little thing, that could fit under my arm.

Thank you for the update and the pictures look fab, hope hes enjoying life in america. He truly was adored by everyone here